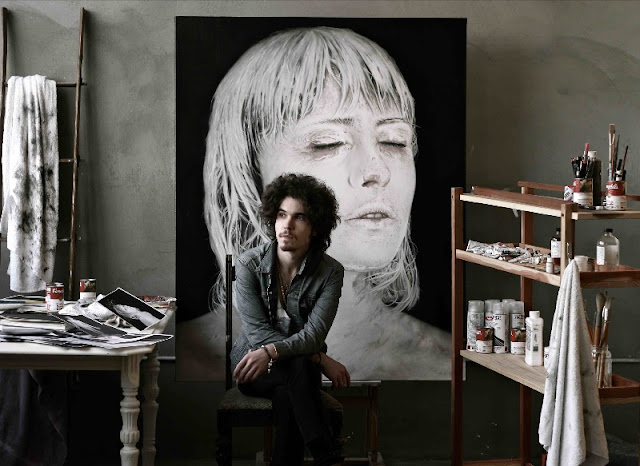 (Just gonna let the press release speak for this one – TJ)

A documentary about the late Western Australian artist Matt Doust has been selected as part of the Australian Documentary Conference FACTory Pitching Forum in Melbourne and the filmmakers are seeking community support to see this special project come to fruition.
Western Australian director Mat de Koning, producer Brooke Silcox and editor Frances Elliott will head east next month to pitch to international decision makers and lock in production financing at Australia’s premier event for documentary, factual and interactive non-fiction screen content.
29 YEARS EIGHT DAYS explores the life of the talented portrait painter Matt Doust, who died suddenly of an epileptic seizure a fortnight before his debut show in Los Angeles.
His portrait of fellow Western Australian, international supermodel Gemma Ward, was selected as a finalist for the coveted Archibald Prize in 2011.
In addition to Ward, other subjects of the documentary include artists Jodee Knowles and Stormie Mills, musicians Joe McKee (from the band Snowman), Lindsay Troy (from the band Deep Valley) and Will Stoker (from the band Will Stoker and the Embers) as well as US model Noelle Cichon.
“I met Matt at High School and I followed him with my camera for 16 years,” says director Mat de Koning.
“Both myself and Brooke (Silcox) knew Matt and this is a very personal project – an ode to a very dear friend of ours.”
The filmmaking team are currently seeking donations from the community towards the next stage of development which includes editing a rough cut of the 16 years of material Mat de Koning filmed of his friend as well as developing an accompanying art book from the more than 5,000 visual assets of Matt Doust’s work the team have been able to catalogue.
As one of the projects selected for the Documentary Australia Foundation platform, donations can be made online via www.documentaryaustralia.com.au.