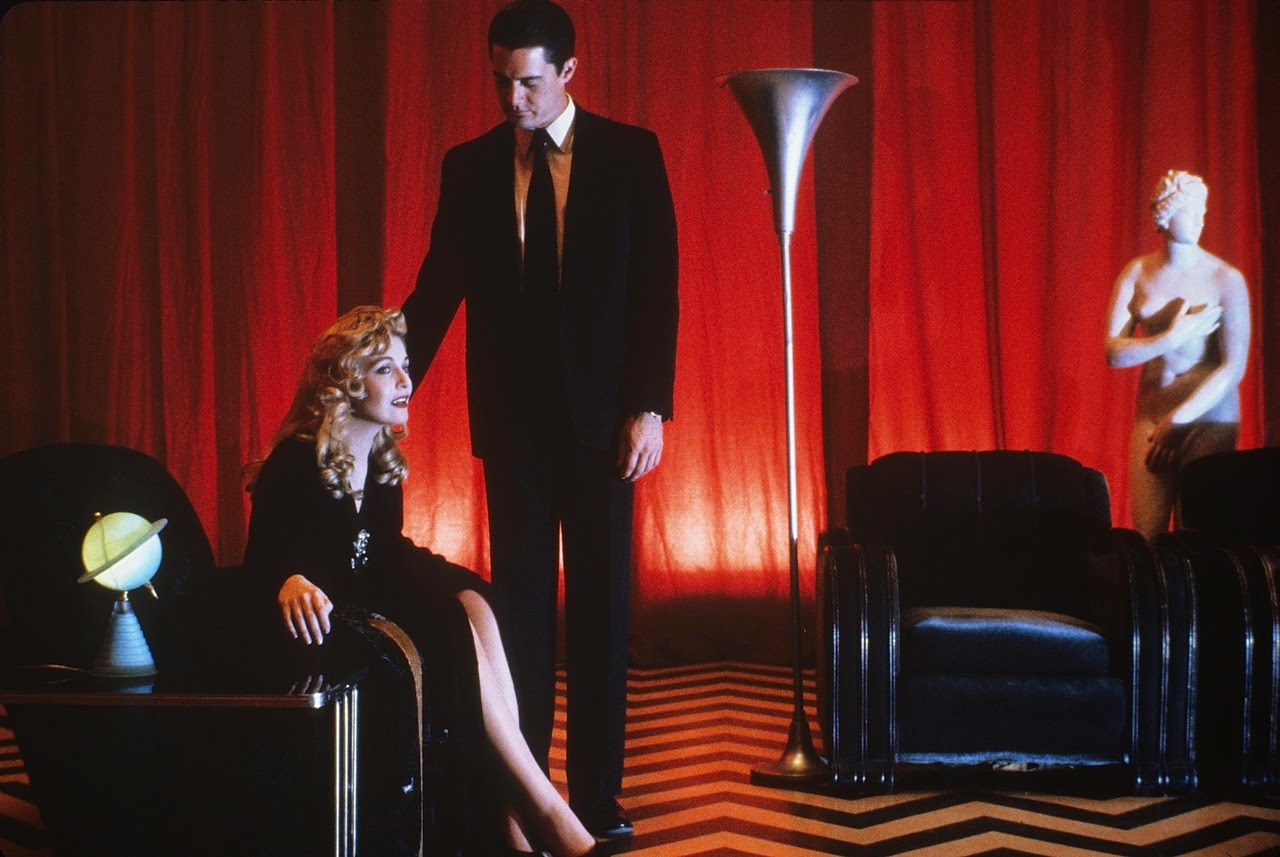 As I write this it is April 8th, 2015 – the exact 25th anniversary of the first broadcast of Twin Peaks. It is, I assure you, a complete coincidence, but a serendipitous one.
Generally speaking, you can tell when a generation is starting to feel their own mortality by gauging what’s currently grist for the remake mill. People who are beginning to really grapple with the idea that they’re not gonna be around forever can develop a mania for nostalgia, clinging to the cultural signifiers of their youth like life preservers in the choppy ocean of entropy. It’s kind of an attempt to achieve immortality by proxy – if the culture that couched our golden years is immortal then we are too, in a way; watch an old episode of Star Trek or Buffy or Seinfeld and you’re reconnecting with the person you were when you first watched that show – it’s Proust’s madeleine with commercial breaks.
Now, with recent announcements that The X-Files, Twin Peaks and, of all things, Alien Nation are getting revisited, it’s clear that my lot are at bat in the big mortality game – Generation X is hearing the bell toll and, frankly, it’s a bit annoying.
Just to be clear, I’m no rabid anti-remake evangelist, frothing at the mere thought of some sacred tome of yesteryear being dusted off and reupholstered for the modern day. There have been plenty of great re-imaginings that took the basic shape of a prior work and managed to put a new and sometimes even better spin on it. If we’re restricting ourselves to television for the sake of this exercise, then Ronald D. Moore’s update of Battlestar Galactica comes immediately to mind as a prime example of How To Do It Right (Conversely, the 2009 remake of V is How To Do It Completely Wrong).
But what we’re talking about here, specifically regarding the announced return of The X-Files and Twin Peaks, is not a radical reimagining of old texts but a continuation – these are, technically, belated sequels, not remakes, and that’s a whole ‘nother thing – and, really, a vastly less interesting one.
Look, I get it. In the battle between the comfort of the familiar and the shock of the new, the familiar tends to win – it’s proven its worth in the past, after all. And there’s an inarguable thrill when a beloved old property gets a new lease on life – I’m looking forward to seeing Mulder and Scully wave their flashlights around the Vancouver woodland once more, too, and I’m almost unfeasibly optimistic about Mad Max: Fury Road. Twin Peaks, however, is a different.
For one thing, it’s often hard to appreciate just how formally challenging Twin Peaks was when it first aired back in 1990. These days season-long story arcs and cinematic production values are de rigueur, but back in the day a primetime drama getting that kind of treatment was almost unheard of. Twin Peaks was also very much an auteur piece, with David Lynch’s thematic and stylistic concerns – double lives, corruption beneath pristine facades, dream symbolism, idiosyncratic Americana, etc – privileged over plot and narrative momentum. Thus it’s easy to pinpoint Twin Peaks as a clear forerunner to today’s prestige television paradigm, where the showrunner is king: we certainly wouldn’t have Vince Gilligan’s Breaking Bad without David Lynch’s Twin Peaks paving the way a quarter century earlier.*
But again, Twin Peakswas weird, and deliberately, defiantly so. Familiarity can smooth the rough edges off of just about anything and we’ve had 25 years for Twin Peaks to be reduced to a collection of catchphrases and shorthand signifiers: misty woods, red plaid, the log lady, the red room, damn fine coffee and so on. It happens to everything: he edges become the centre, the avant garde becomes the mainstream, and what once was wildly challenging, and the notion of just repeating what went before kind of flies in the face of Twin Peaks’ experimental roots.** Which brings us to the question of what we really want from Showtime’s upcoming revival: a show that apes the conventions of what went before, or a show that displays the same formal boldness and disdain for conventions that its progenitor did back in the day?
I’m betting we’ll get the former, by the way, especially after David Lynch’s announcement that he’s vacating the director’s chair (though I’m given to understand the scripts by Lynch and co-creator Mark Frost are done, or as good as done) – whoever picks up the reins will probably receive some pretty hard and fast orders from Showtime regarding the stylistic parameters of the new series. But wouldn’t it be great to get something really gonzo and out of left field, something that tried to push forward the possibilities of the medium the way the original series did? Wouldn’t that be a more fitting continuation than merely aping old conventions and design choices?
Lynch has prior form for this, of course: Fire Walk With Me, the Twin Peaks movie that we assumed was going to clear everything up once for all, raised as many questions as it answered and alienated roughly twice as many fans as it pleased, so it’s not like Lynch and Frost aren’t cool with flying in the face of convention. Of course, with Lynch now apparently off the project (although that could very well change – negotiating in public via press and social media statements is an ancient technique) I’d say the best we can hope for is a stylish but rote exercise in nostalgia. Which may be exactly what some fans are after, but it strikes me as a damn shame.
TRAVIS JOHNSON
*Of course, Twin Peakswas co-created by Mark Frost, but in the public consciousness, the show is Lynch’s. Frost is the Bill Finger of the Twin Peaks story.
**Not always successfully experimental, it should be noted. There’s plenty in Twin Peaks that just doesn’t work, such as pretty much the entire second season.