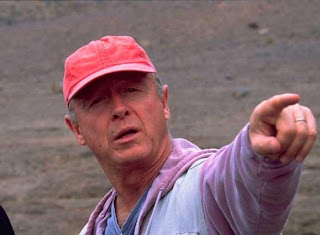 Reports are coming that director Tony Scott, brother of Ridley and perhaps still best known for Top Gun, has died by his own hand. Scott apparently leaped to his death from the Vincent Thomas Bridge in San Pedro, California. A suicide note was found in his car.

It goes without saying that this is incredibly sad news. I have a lot of love for Scott’s body of work. He was, in many ways, both a journeyman and an experimenter, and his bombastic, flashy, and quick-cut movies are emblematic of the high-gloss ’80s. While he never received the critical plaudits that his brother did, I’d argue that he was a more consistently good director. Which doesn’t mean he had a perfect record – Days of Thunder, anyone? – but a quick look at his filmography reveals it to be packed with solid, entertaining movies. He’s been a constant presence in my cinematic life for as long as I can remember, to such a degree that my friend Liam and I gave him and his brother the affectionate nicknames Riddles and Tones. That’s the kind of familiarity we felt towards his work; it was almost as though we knew him. We didn’t, and now we won’t, and that’s deeply saddening.

Scott directed thousands of commercials for his brother’s company, Ridley Scott Associates, before transitioning to feature filmmaking. While his first film, The Hunger, is by no means a classic, it certainly codified a lot of what we now take for granted as modern vampire iconography, and it boasts both a excellent turn from David Bowie and the presence of Bauhaus on the soundtrack, which means it holds a great deal of appeal for a certain subculture.

However, it was his next film, Top Gun, that put him firmly on the A list. A big, brash, formulaic but visually striking film, it was a career maker for the director, star Tom Cruise, and producers Don Simpson and Jerry Bruckheimer, with whom Scott would collaborate on numerous films throughout his career.

Scott also directed what is perhaps my favourite film from the Tarantino oeuvre, the wonderful True Romance. It’s a messy, shaggy dog story of a movie, but it has heart, and humour, and an enthusiasm and vitality that few of Tarantino’s later projects can match. It also has an absolutely killer cast, who are clearly relishing Tarantino’s meaty dialogue. Hell, it’s worth watching just for Hans Zimmer’s wonderful, Badlands-inspired score, without even mentioning what is widely regarded as one of the best dialogue scenes in film history:

Scott also called the shots on the Bruce Willis vehicle The Last Boy Scout, from a script by Shane Black (Lethal Weapon, The Long Kiss Goodnight). It stood as the best translation to screen of Black’s distinctive authorial voice until Black himself directed Kiss Kiss Bang Bang.

One of the most interesting elements of Scott’s career is his long creative partnership with Denzel Washington. They seem like an odd pair – the stoic, serious actor who previously served as a muse for Spike Lee, and the flashy British director who embodied the MTV aesthetic – but they appear to have greatly enjoyed working together. All up, Washington starred in five films for Scott: Crimson Tide, Man on Fire, Deja Vu, The Taking of Pelham 123, and Unstoppable. In point of fact, Unstoppable now stands as Scot’s last feature film.

Looking at Man on Fire, it’s a perfect example of the contrasting drives that make Scott’s work so interesting; the broad commercial bombast mixing with the sometimes flat-out strange experimental flourishes. Just take a look at what he does with subtitles in the film, taking an element of cinema that few people would waste much thought on and making it strange and engrossing and exciting. For Scott, nothing was ever big enough, or fast enough, or cool enough; he was an envelope pusher, and if that sometimes came at the expense of good taste, well, that was too bad. Many of his films could be described as cheerfully crass, and I don’t think that’s a negative. I doubt Scott would have, either.

It would be both disingenuous and distasteful for me to speculate on the motives behind his suicide, but I will say that I wish with all my heart that he’d been able to push past them, and that my thoughts are with his family and friends. For those who knew him only through his work, he leaves behind a collection of fun, bold, bright and occasionally brilliant films, and that’s not a bad legacy in my book.

RIP, Tones. You will be missed. 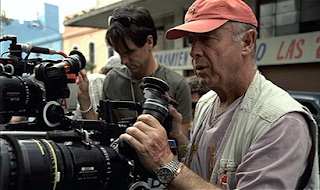