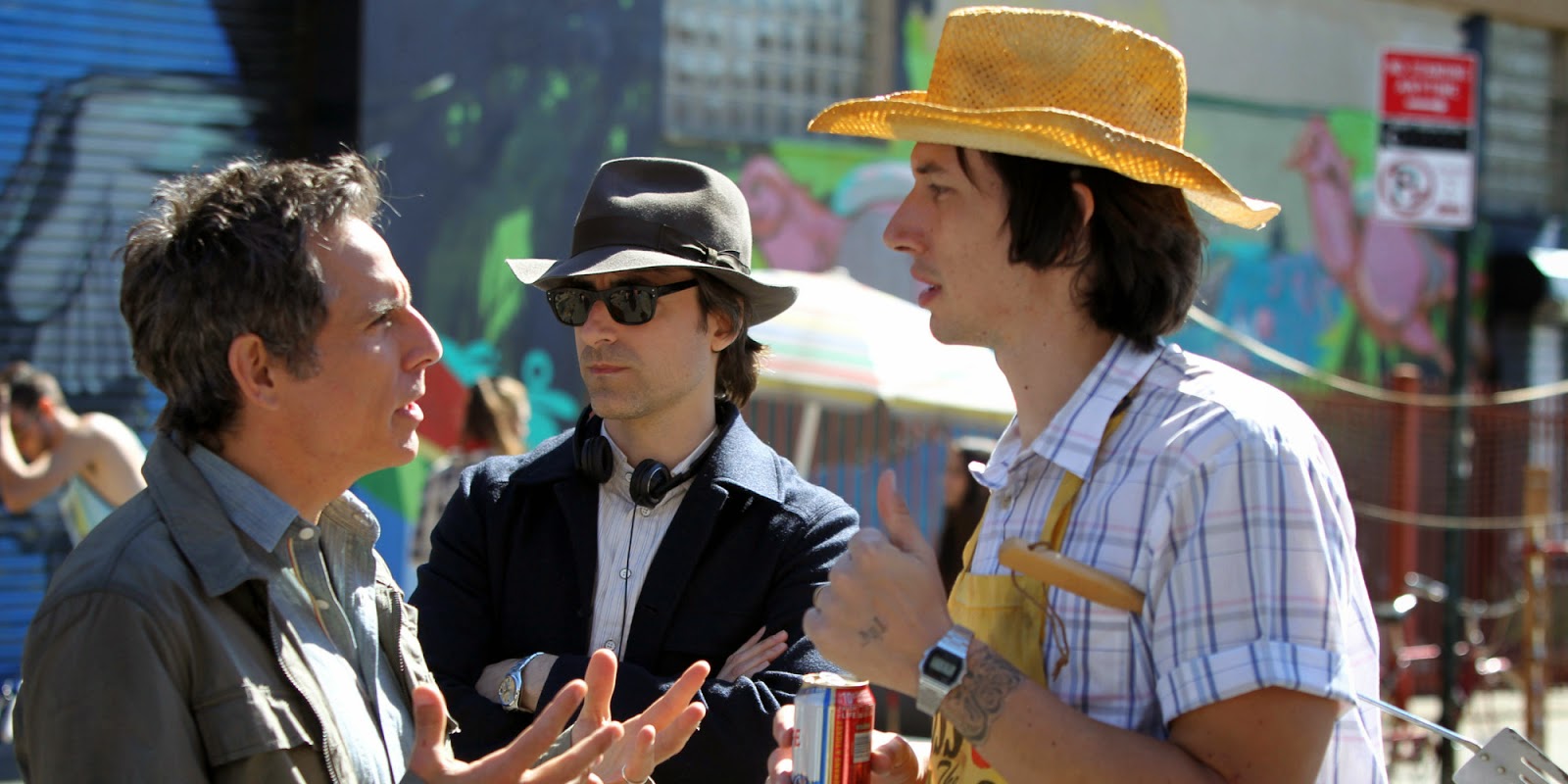 Directed by Noah Baumbach
Starring Ben Stiller, Naomi Watts, Adam Driver, Amanda Seyfried
Nothing makes you feel your age more than hanging around young people.
That’s the axiom, anyway, and the stepping off point, if not quite the central thesis, of the latest wry comedy from Noah Baumbach (The Squid And The Whale, Greenberg) Which traces the relationship between a couple in their 40s (Ben Stiller and Naomi Watts) and a couple in their 20s (Adam Driver and Amanda Seyfried).
When aspiring documentary filmmaker Jamie (Driver) and his wife, Darby (Seyfried) approach Josh (Stiller), an established but creatively blocked documentarian, after a lecture he gives, he is taken by their creative and carefree attitude and soon immerses himself in their arch-hipster lifestyle, bringing along his wife, Cornelia (Naomi Watts). Soon the cross-generational crew are spending all their time together and Josh is mentoring Jamie with his film project while his own decade-in-the-making work, a muddled, six hour meditation on power in America, languishes unfinished. For a while there Josh is reinvigorated by his new young friends, but the generation gap runs deeper than superficial modes of fashion and lifestyle, and he begins to suspect that Jamie is more calculating and self-serving than he seems at first glance. The stage is set for a royal rumble between 40-something anxiety and 20-something superficiality and, really, who wins in that fight?
A less astute filmmaker could have taken the basic framework here and put together a fairly facile Look At This Fucking Hipster kind of movie, but Baumbach is not interested in letting the older generation off the hook, turning his eye for human foible on Stiller and Watts as much as Driver and Seyfried. The subject of ridicule here is neither age nor youth, but rather falseness and pretentiousness, sins that pretty much every character is guilty of. The difference is that Driver’s Jamie has the confidence and selfishness necessary to make his pretentions work for him, while Stiller’s Josh is mired in self-doubt. It’s easy enough to mock Jamie and Darby’s self-conscious posturing – their jumble-sale clothes, their loft filled with old vinyl and VHS tapes, their “green to be seen” urban farmsteading – but, really, they’re no more ridiculous than Josh’s intellectual pretentions and navel-gazing neuroses.
What Josh finds most threatening about Jamie is his inauthenticity – his willingness to bend the facts and shape the scenario, both in his film work and his life, to suit his own agenda. (Interestingly, Stiller explored similar ideas back in the day in Reality Bites, one of the earliest attempts to put Generation X up on the screen and, for viewers of a certain age – including, if I’m being honest, me – it’s a little sobering to see him as the anxious old guy here. After all if he’s old, we’re old, and that sort of realization is always going to suck the wind out of your sails a little.) Jamie is the villain of the piece not because he’s pretentious, but because he’s so successfulat it – his brand of insincerity fits the culture now, while Josh’s is somewhat tiring and unproductive. After all, Jamie manages to make a film, while Josh’s endless tweaking of his own work has yet to produce results.
Of course, the term “villain” is used advisedly; Baumbach’s a humanist, and such black and white divisions are way too cut and dry for him. Getting right down to it, there’s very little difference between Jamie and Josh apart from a couple of decades and, though it’s never explicitly stated, it’s easy to picture the younger Josh as almost exactly the kind of ambitious, self-serving aspirational artist that Jamie is now. Ultimately, what we fear in the young is not how different they seem to us, but how similar, and it’s never easy to see your own shortcomings so clearly reflected.
Warm, witty and insightful, While We’re Young manages the neat trick of skewering its characters’ foibles in a remarkably forgiving way. It’s natural to fret about the notion that we’re being usurped by a younger, hungrier generation, perhaps, but the way Baumbach frames it, the whole process is not necessarily a bad thing.
TRAVIS JOHNSON