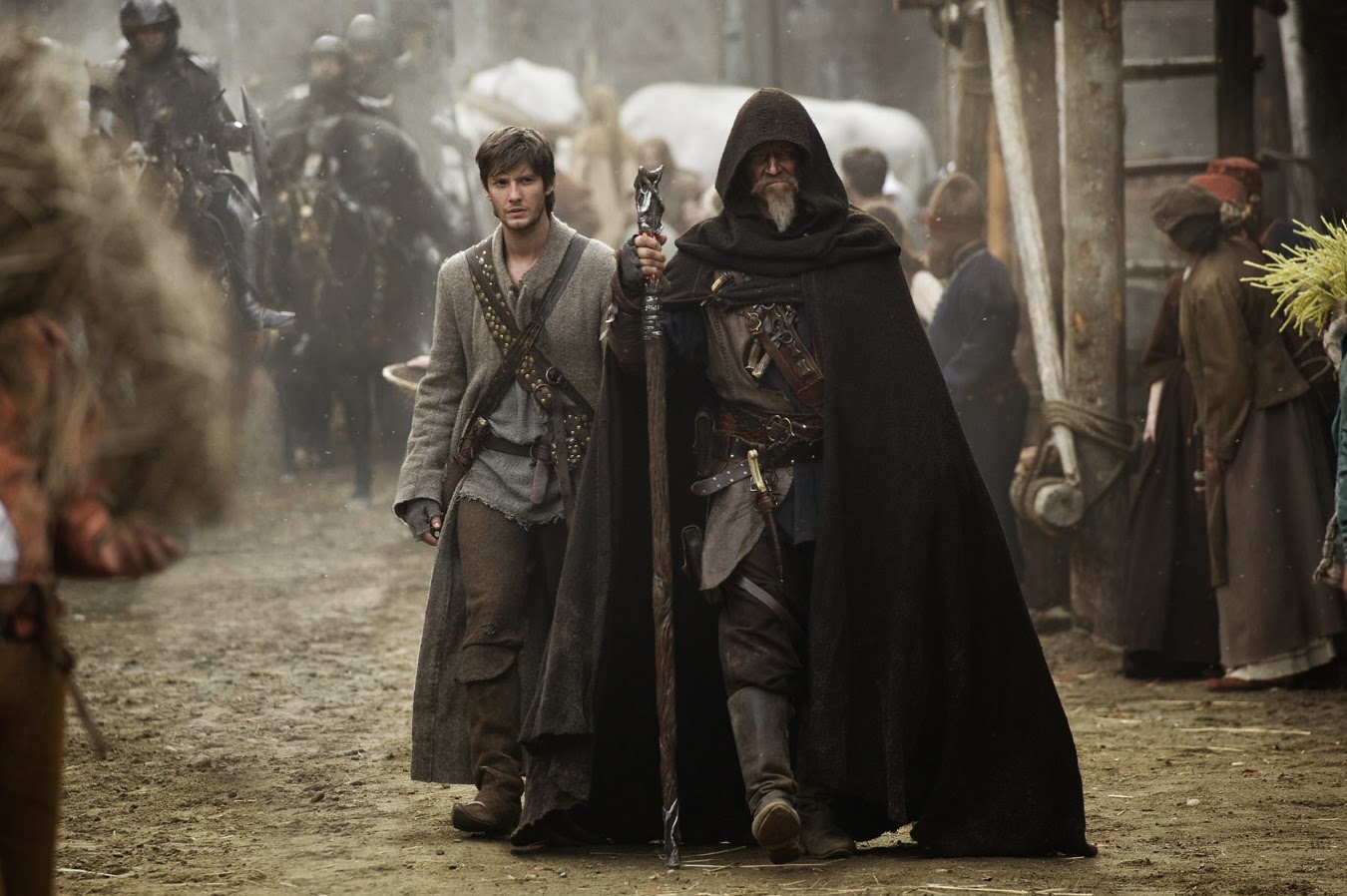 Directed by Sergei Bodrov
Starring Jeff Bridges, Julianne Moore, Ben Barnes, Alicia Vikander, Olivia Williams
In Seventh SonJeff Bridges plays an old, straight, white, Christian dude who fights a never-ending battle against the forces of feminism and multiculturalism.
When that particular penny dropped we were deep into the third act of the film, thoroughly bored, and my brain was frantically searching for anything of interest to keep it stimulated, lest it wither and die. Suddenly the true nature of “spook” Master Gregory’s battle against the small army of women and people of colour assembled by Julianne Moore’s evil witch queen, Mother Malkin, swung into focus.
Now, I’m not saying that horrible subtext is intentional. It’s worse than that: it’s entirely unintentional, and yet it’s still the most interesting thing about the entire film.
Yeah, Seventh Sonis pretty bad.
Based on the YA novel, The Spook’s Apprentice by Joseph Delaney, the film sees Bridges’ grizzled witch hunter looking for a replacement apprentice after his last dogsbody (one scene wonder Kit Harrington) is slaughtered by Malkin, who has returned to wreak vengeance on mankind in general and Gregory in particular after he imprisoned her lo these many years gone by. He picks Tom Ward (the charmless Ben Barnes, rocking a Costner-level American accent in the film’s cod-medieval setting) and has only a week or two to knock him into shape before the de rigueur battle for the fate of the world takes place.
While Gregory is putting Tom through a largely nonsensical crash course in witch hunting and monster fighting, Mother Malkin is gathering her forces, including her sister, Bony Lizzie (Antje Traue), master of assassins Radu (Djimon Hounsou), werebear Urag (Jason Scott Lee), and werepanther Sarikin (Kandyse McClure). Malkin’s army of villains, which also includes a blue-skinned, multi-armed swordsman right out of the Hindu pantheon and a troop of Arabic-looking assassins are easily the most interesting characters in the film, and they’re also, conspicuously, the single biggest example of diversity, which loops us back to our opening thesis: Seventh Son is literally about the fight to keep white, Western European feudalism safe from ethnicity and femininity.
Even putting all that aside (and there’s no reason shitty politics and philosophy can’t make for good filmmaking – I remain a big fan of John Milius, after all) is still a pretty poor piece of work. I can’t imagine fans of Delaney’s books are going to be too happy with how they’ve been used here. I’ve not read them myself, but the Spookseries seems to be a fairly small-scale work, a kind of low fantasy, localized story set in an analogue of the author’s home county of Lancashire. On the big screen many of the key identifiers have been filed off and the basic plot of the first book welded to a petty bog-standard “save the world” scenario. And so Delaney’s very specific world of the books has become a very generic, poorly sketched backdrop for the action in its big screen iteration. Plus, Tom has been aged up into a mopey youth from the original’s 12 year old protagonist, which isn’t going to do any young readers who identified with him any favours.
Of course, Bridges and Moore are entertaining as always, but it’s not like they’re doing anything too original or taxing here. Moore’s just riffing on the Disney Evil Queen archetype to admittedly good effect, while Bridges is just doing a Ye Olde variation of his R.I.P.D. character, which is just a more comedic riff on his True Grit character. Bridges is watchable in anything and he’s certainly a lot of fun here, but it’s not like the material is challenging him in any way – he’s just irascible old Jeff Bridges in a different costume.
If you’re a fantasy fan who privileges tone and production design over plot and character, you’ll probably find enough here to make you feel like you haven’t completely wasted your money, but Seventh Son is a pretty forgettable experience. Anyone who had hopes that this film would birth a new franchise had best quietly put them away: this series is dead on arrival.
TRAVIS JOHNSON