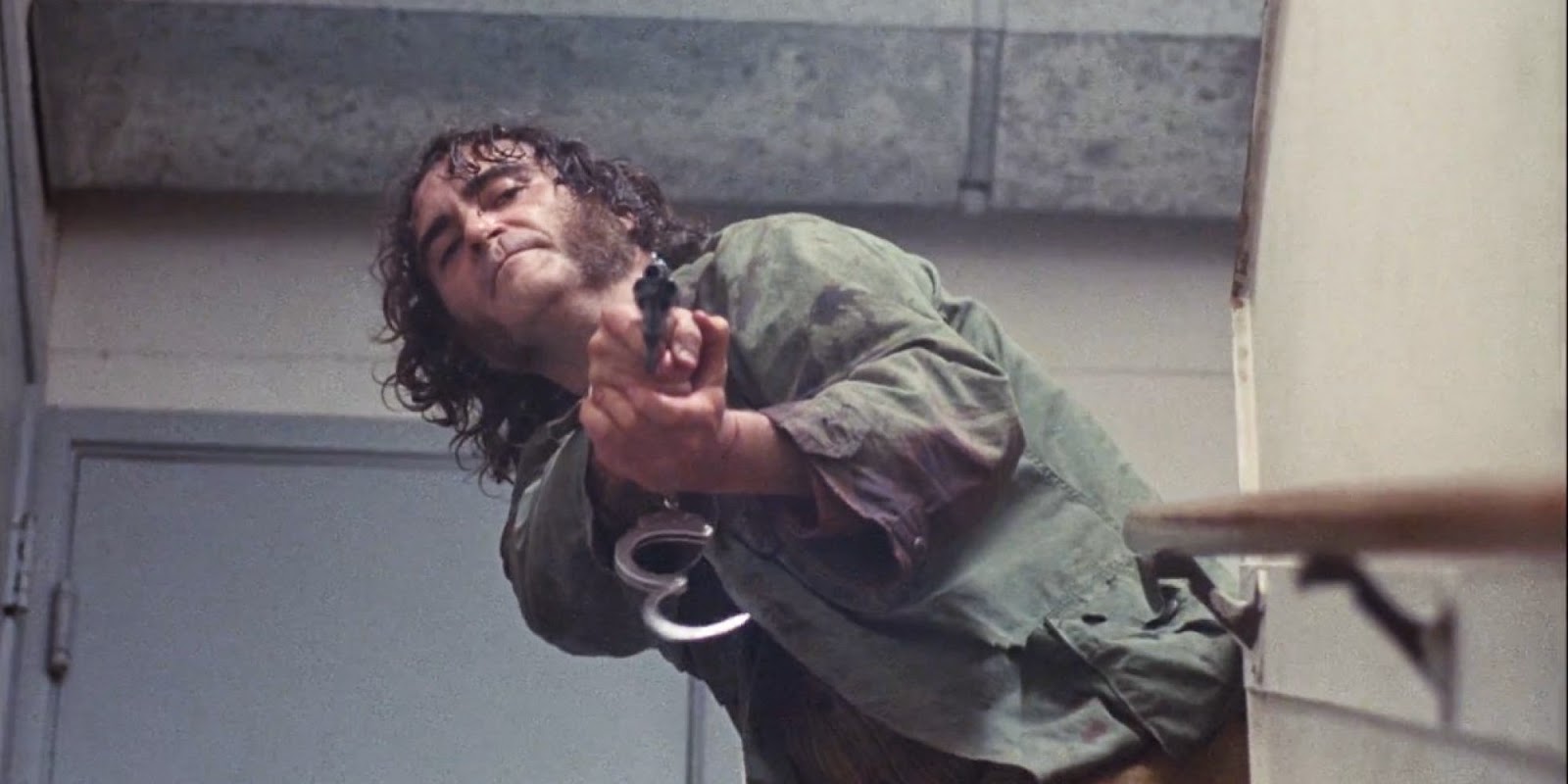 Directed by Paul Thomas Anderson
Starring Joaquin Phoenix, Josh Brolin, Owen Wilson, Katherine Waterston, Michael K. Williams, Benicio Del Toro
While we’re all culturally conditioned to respond to a well turned and precisely machined piece of classical Hollywood cinematic storytelling, we often forget that the goal-oriented three act structure is not the be all and end all of film. Sometimes it’s nice to walk into a film and just wander around its constructed world, meeting the denizens, eyeballing the scenery and just kind of hanging out for a while. It’s certainly the best way to approach Inherent Vice, Paul Thomas Anderson’s adaptation of Thomas Pynchon’s hippie detective tome.
Set in 1970 California, Inherent Vice follows stoner detective Larry “Doc” Sportello as he sets his keen if somewhat addled mind to solving a number of interlinked cases, chief among them a request from an ex-girlfriend, Shasta (Katherine Waterston) to protect her current flame, real estate mogul Mickey Wolfmann (Eric Roberts), from a plot by his wife and her lover to have him committed to an insane asylum. From this set up, delivered in awry, laid-back take on the hoary “the dame walked into my office” scene, unfurls a long, rambling, confused and amusing skein of conspiracies, coincidences, narrative cul-de-sacs and sidetrips, and plenty of inexplicable weirdness. It’s heaps of fun.
Anderson’s film – and Pynchon’s novel, by extension – is a part of a strong tradition of Los Angeles noirs, taking cues from everything from The Big Lebowski to Raymond Chandler’s Philip Marlowe books and everything in between. Indeed, the whole point of the exercise seems to be to take Chandler’s Law (“When in doubt, have a man come through a door with a gun in his hand.”) to its furthest possible extreme, piling complication upon complication and revelation upon revelation until the audience is as confused as our dogged but perpetually puzzled protagonist.
The joy, then, is in the details: the weird characters, the dialogue that’s by turns snappy and spacy, the groovy tone, the period dressing. It’s a film that’ll reward repeat viewing and has all the earmarks of a future cult classic; the scene where Bigfoot (Josh Brolin), Doc’s square-headed cop nemesis, orders pancakes in Japanese, sounds like something you’ve had quoted at you the very first time you hear it.
Thematically, there’s some business about the death of the hippie dream and the onset of the grim, recession-ridden ‘70s – the Manson murders loom large over the proceedings – but the idea doesn’t land as solidly as in, say, Fear & Loathing In Las Vegas. There’s a subtle melancholia that infuses things, keeping the whole shebang from collapsing into farce and artifice. Ultimately, Inherent Vice’s triumph is its ability to get you to share the same headspace as its lonely, wise, cynical, noble, slightly wired hero, and spending a couple of hours in Doc’s skull is a blast. Look at that little hippie go.
TRAVIS JOHNSON