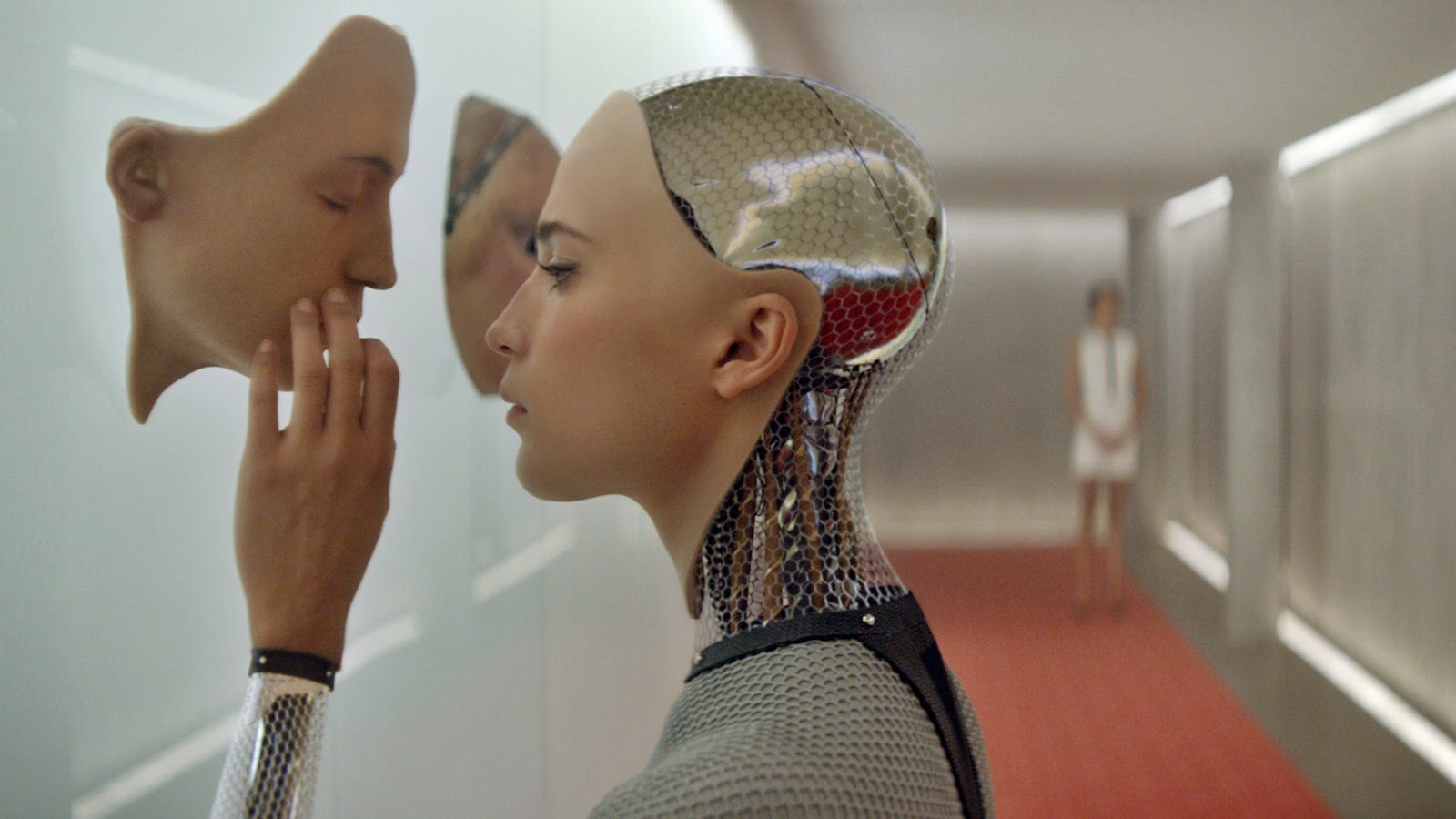 Directed by Alex Garland
Starring Alicia Vikander, Domhnall Gleeson, Oscar Isaac, Sonoya Minuzo
Most science fiction films aren’t science fiction. At best, they’re action movies that wear the trappings of SF as signifiers of exoticism, in much the way the lavish locations and luxury status symbols in a James Bond film are. Science fiction is ostensibly the genre of ideas and challenging ideas don’t generally gel too well with your run of the mill popcorn fodder. So when a movie comes along that actually traffics in thought-provoking concepts and sets about trying to test them to destruction, well, it’s something to get excited about.
Which basically means that, if you’re a sci-fi fan, you should just ignore any and all reviews and think-pieces on Ex Machina and just hurl yourself at the nearest cinema screening it. It’s got the goods.
That shouldn’t come as a surprise; after all, screenwriter turned director Alex Garland is no stranger to speculative fiction, having penned both Danny Boyle’s Sunshineand Pete Travis’ Dredd. For his own first time calling the shots, he has eschewed large scale spectacle in favour of a confined location and a small number of characters, utilizing a minimalist approach that limits extraneous action and keeps the focus on character, drama and – that word again – ideas. Or rather one big idea, from which all of the movie’s other concerns spin off from: artificial intelligence.
When computer programmer Caleb (Domhnall Gleeson) wins an in-house lottery at the Google-a-like where he works to spend some face time with the company’s genius founder, Nathan (Oscar Isaac), he isn’t sure what to expect, but it surely isn’t to spend a week at Nathan’s remote, high tech compound running a variation of the Turing Test. Nathan has been working on cracking the problem of artificial intelligence: creating a sophisticated computer mind with its own self-awareness and its own agency, and now he wants Caleb to tell him if he’s done the job right. The subject of the test is Ava (Alicia Vikander) an obviously artificial but also obviously female android that Nathan has built. Over the course of a series of interviews and interactions, Caleb’s task is to determine whether Ava is an actual independent entity, or merely an incredibly sophisticated simulation of one.
At its heart, Ex Machina is all about information: who knows what about who at any given time. Nathan wants to know Ava’s true nature, as does Caleb – but Caleb also wants to know what Nathan’s real agenda is, and wonders if the lottery he won was as random as it was purported to be. Ava wants freedom and to be with Caleb – or does she? That’s the real question here, and the trickiest: how can we ever hope to fathom the inner world of an artificial mind when we can’t even reliably discern the workings of a human psyche? The motivations of all three key players are kept opaque, both from each other and from us, the audience – from our perspective all three are taking the test. It’s a brilliant marriage and mirroring of text, subtext and metatext – all stories are procedural information transactions, but it’s hard to think of one that has been so unabashed about it.
Isaac gets the showiest role here. In his hands, Nathan comes across as a kind of evil Elon Musk or a mirror universe Tony Stark – a capricious, brilliant, driven polymath who, when he isn’t developing world-changing technologies, is a drunk misogynist with definite sociopathic leanings. Gleeson is a more centered, everyman kind of character, and as such suffers a bit in comparison. It’s not that he’s not doing good work, it’s just that he’s somewhat overshadowed by the two more intriguing figures on screen.
The other is, of course Vikander’s Ava, a complex, elusive and endlessly fascinating creature. Vikander plays her with a kind of savant innocence and vulnerability, and it’s hinted that her feminine physical form is deliberately designed to evoke feelings of desire and protectiveness in Caleb, which makes his task all the more difficult. Ava’s agency and agenda – or lack thereof – are the absolute centre of the film, and Vikander’s measured performance, coupled with Garland’s deceptively clean, structured script, ensure that we as viewers are made to keep questioning our assumptions right up until the final moments of the film.
Smart, sleek and bold, Ex Machina takes some well-worn but increasingly timely SF tropes and examines them with a clear eye. If you pride yourself as a connoisseur of quality genre fare, you need to jump on this one ASAP – it’s an instant classic.
TRAVIS JOHNSON