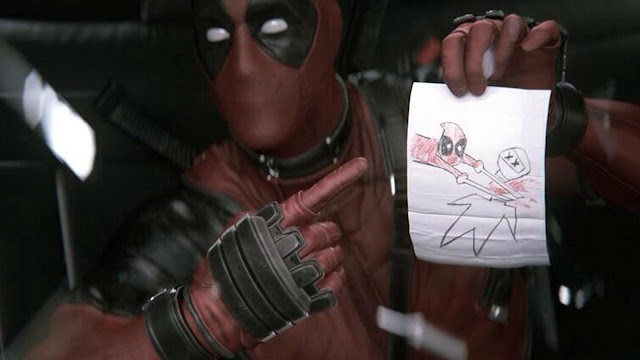 We could not have gotten a good Deadpool movie back in the year 2000, ground zero for the current cinematic superhero boom. We couldn’t even get a good Deadpool movie in 2009, when the Merc With A Mouth cropped up in X-Men Origins: Wolverine and was summarily stripped of everything that made him unique and interesting. No, we could only get a good Deadpool movie now, with the superhero genre developed over numerous years and iterations and the ground fully prepared for Ryan Reynolds and company to come in a mercilessly tear shreds off the whole notion of superhero movies. And it’s wonderful.

Deadpool may not be an epoch-shaping titan of cinema, but it is a note-perfect Deadpool movie. For strangers to the comics, Deadpool’s schtick is this: he never shuts up, he’s crazy, he’s unkillable (Wolverine-style healing factor) and he knows he’s in a comic (Or, in this case, movie) and spends a good chunk of his time shattering the fourth wall. All these elements are transposed intact into the new medium, resulting in a film that is as far away from po-faced “serious” superhero fare as you can imagine.

In terms of plot, it’s as simple as a two-piece jigsaw puzzle: wise-cracking mercenary Wade Wilson (Ryan Reynolds), having found happiness with his ex-hooker girlfriend Vanessa (Morena Baccarin, better than she’s ever been) is perturbed to find he has terminal cancer. A shadowy outfit offers to turn him into a super soldier and cure him, but they turn out to be assholes, especially Ajax (Ed Skrein). the treatment winds up horribly disfiguring our man Wade, so he adopts a costume and a code name – Deadpool – and begins killing his way to the top of the villain pyramid.

That’s it, but what it lacks in narrative gymnastics it makes up for in attitude. Deadpool is a 15 year old’s idea of what’s cool, and I mean that is the best possible way: kills! swears! jokes! boobs! The thing is, it’s not done in a mean or petty way – it’s really making fun of itself and its genre.

And its star. Ryan Reynolds is perfect here, and that’s not a phrase that gets uttered too often. It’s such a tight fit between performer and material that its hard to imagine anyone else doing the role justice. Reynolds plays to his strengths but he’s not afraid to hang jokes on his shortcomings, either – Green Lantern gets a good kicking, as does his previous turn as Deadpool in Wolverine. Plus, he’s not afraid to push the boundaries in terms of what’s sexually orthodox for a male action movie lead – or, to put it another way, there’s a lot of butt stuff going on here. That might rattle some of the broier fans coming into the theatre, but that’s the point – Deadpool the character is whatever needs to happen in the moment to make a joke land, and Reynolds is fully committed to that ethos. That it results in a movie full of dick jokes and decapitations being somewhat progressive is a nice bonus.

Deadpool is a blast. It knows exactly what it is and frankly Fox deserves maximum kudos for letting the property do its thing and not trying to shoehorn it into a familiar story shape. So, by the way,  do the marketing team, who have delivered one of the savviest campaigns in memory, and one that lets you know exactly what you’re getting. Deadpool is brash, crass, and great, and its moved the boundaries of what’s possible in superhero cinema just a little bit, which is more than we could possibly have expected.