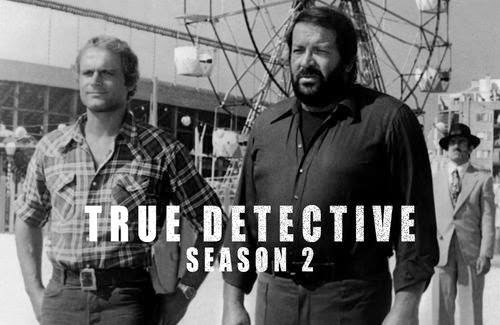 I honestly doubt that the Powers That Be will be able to catch a second bolt of lightning in the bottle of long form dramatic television, but the first season of True Detective was just so freakin’ good that we owe them the benefit of the doubt.

Still, what are the odds of us getting another indelible creation like Matthew McConaughey’s Rust Cohle? Pretty slim, even with Colin Farrell wearing some top notch face furniture and Vince Vaughn doing his darnedest to make us forget the thouand shitty comedies he’s made over the past 15 years. We shouldn’t mock – McConaughey and woody Harrelson hardly seemed like a dream team at first taste, especially considering the last thing they were in together was Surfer, Dude – but mocking is fun and easy.

In any case, True Detective returns to HBO on June 21.