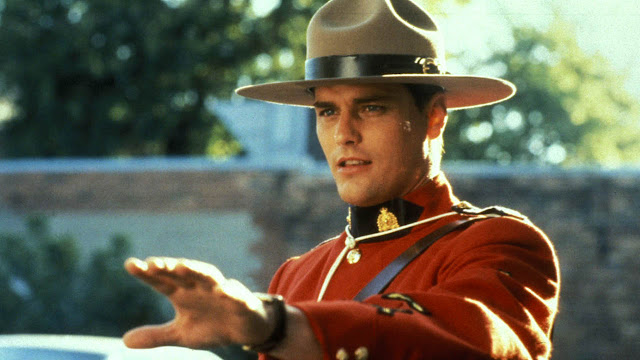 Batman V Superman: Dawn Of Justice is just one of many fronts in the Great Culture Wars, but it’s a bitterly fought one, and perhaps the most hotly contested piece of real estate therein is the film’s portrayal of Superman.

I’m not interested in rehashing my thoughts on the film, which can be found here, but I do want to take issue with some the assertions flying around regarding the traditional characterisation of Superman, as compared to the grim, doubt-wracked, earthbound god of the latest DC film. The assertion is that Supes – the big blue boy scout version, the all-powerful icon of decency and justice, the Man of Tomorrow – is a boring character.

His nigh-omnipotence isn’t the issue, generally speaking – there are few superhero fans who are averse to a good old fashioned power fantasy, and Superman is very much the root archetype of power fantasies – but the way he employs that omnipotence is. He’s a good guy, this line of thinking says, and good guys – goody two-shoes types – are boring.

I will concede, however, that good guys of the Superman mold are difficult to write well, particularly if they’re as powerful as the Last Son of Krypton. The key is to recognise not only that the hardest challenges such characters face are moral and emotional ones, but that the object of such crises is not to have to character break, but to have their moral code remain firm in the face of adversity. You might argue that such an imperative robs the character of any real suspense but let’s not forget these are superheroes – they always win. Batman always wins, Spider-Man always wins (except that one time…) and yeah, Superman always wins. Their setbacks are temporary and their trajectory trends upwards. This is inherent in the genre.

Now, there are plenty of great Superman stories where the character’s core tenets are on full display and if you care to check any of them out, I’ll point you in the direction of Grant Morrison and Frank Quitely’s superlative All Star Superman, but for my money one of the best examples of this character type can be found in the offbeat and now sadly obscure Canadian TV series, Due South.

Airing for a total of four seasons from 1994 to 1999, Due South was created by Paul Haggis and followed the exploits of a straitlaced Canadian Mountie, Constable Benton Fraser (Paul Gross) who, in the words the character himself frequently used to explain himself, “…came to Chicago on the trail of the killers of my father and, for reasons that don’t need exploring at this juncture, I have remained, attached as liaison to the Canadian Consulate.”

The show followed a buddy cop formula, with Fraser teaming up with wisecracking Chicago cop Ray Vecchio* (David Marciano) to fight crime, but it also folded in a lot of comedy, along with elements of magical realism that sometimes edged right up to the point of surrealism. It’s a great show, and one well worth tracking down – there seem to be a lot of episodes up on YouTube, but I don’t know whether that’s due to the generosity of the rights holder (doubtful) or the work of a fan with a fast and loose approach to copyright (much more likely).

The show is a heap of fun, but what makes it a classic is how it takes a nominally two-dimensional character in Fraser and makes him both compelling and psychologically complex. Fraser is as squared away as they come: he doesn’t lie, cheat, steal, swear or drink. He is unfailingly honest and polite to everyone he encounters, even when it costs him an advantage or inconveniences him – in the pilot episode he shows a bar full of armed criminals that his revolver is unloaded because he doesn’t have a valid weapons permit. He lives by a strict moral code that surpasses the the cliches of Dudley Do-Right to become something almost religious in scope. And even though he is often tempted to take the easier route, the less noble path, he never, ever flags.

Fraser’s philosophy is often played for laughs, especially when it’s contrasted against Vecchio’s more… pragmatic approach to life and law enforcement, but the series really shines when it goes out of its way to show us just how much it costs Fraser to be the good guy. Taking the high road, we’re shown again and again, is not easy. It’s often lonely and isolating – Fraser lives alone with his pet wolf, Diefenbaker, and though women frequently throw themselves at him, he remains a chaste bachelor. That’s because, as we learn in the double episode Victoria’s Secret at the tail end of season one, Fraser once arrested Victoria Metcalfe (Melina Kanakaredes), a career criminal and his one true love, and sent her to prison. Like another wonderfully complex square-jawed hero, Carrot Ironfoundersson of Terry Pratchett’s City Watch stories, Fraser knows that “…personal isn’t the same as important.”

That’s something Superman knows too, and that’s why the Superman currently gracing cinema screens is so galling. He’s an aloof, melancholy figure who is, in the narrative of the film, only roused to great action when the stakes are personal – specifically, when his mother and girlfriend are imperiled. His altruism is relegated to a brief montage whose impact on the tone of the film – and more importantly, the tone of the character – is negligible, and a Superman who lacks altruism is, frankly, not Superman. Superman should be more than a costume and a power set; indeed, if you take those away, the real Superman is still Superman.

And Fraser is still Fraser, defined not by his physical capabilities – he’s tough as nails, by the way, an expert tracker and a woodsman of almost supernatural skill – but his moral ones. If you, like me, are saddened by what’s currently passing for heroism in the broader pop culture landscape, take a run at Due South – the best ever onscreen depiction of Superman, that doesn’t actually feature Superman.