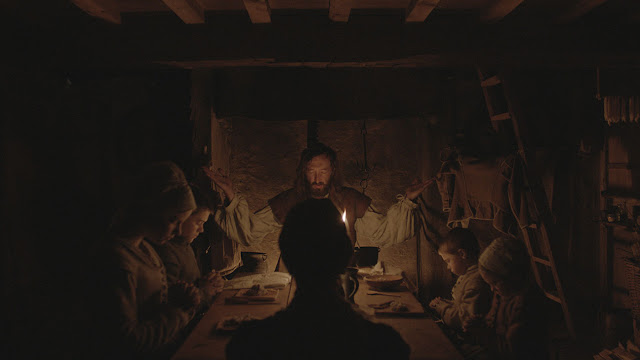 When you’re a horror fan you spend a lot of time at the sharp end of Sturgeon’s Law. You know there are absolute masterpieces that more than justify your love of the genre, but it can be hard to get that across to non-horror heads who have only been exposed to the dregs of the form.

So, when a really good horror film comes along, you tend to get a bit evangelical. The Witch, the debut film from Robert Eggers is by all accounts a really, really good horror film. Set in the early days of European settlement in North America, it concerns a devoutly religious family who are exiled from their community and set up housekeeping at the edge of the untamed forest. In that forest dwells a witch – one of the eating-babies-and-consorting-with-demons variety, not the patchouli-and-crystals- type. Horror ensues.

Real horror, I mean – this is, according to everyone who has seen it, one for the books. I myself haven’t seen it yet, but I will be soon – along with whoever wins the four double passes to the advanced screening I have to give away, thanks to the good folks at Luna Palace Cinemas. The screening is at Luna Leederville on Saturday, March 12, at 11am. Simply flick me an email at celluloidandwhiskey@iinet.net.au with THE WITCH in the header and you’re in the running. Better hurry, too – this one will be popular, I reckon.