Screening at Cinema Nova and Backlot from July 19, the Melbourne Documentary Film Festival is an absolute highlight on the Australian film calendar, offering up a truly diverse selection of factual films across a wide range of topics and perspectives. I was lucky enough to get an early look at many of this year’s offerings, and while you can get an eyeful of my more general picks here, I also want to take the time to point you at some specifically Australian offerings that are well worth your time. And away we go… 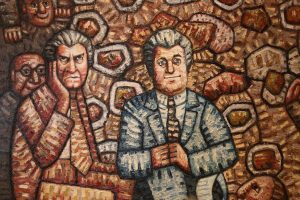 A biographical doco on controversial Australian artist Keith Looby, this is a fascinating look at the cost, personal and professional, of tilting at the windmills of conventional culture.

“Looby is the story of what happens when an artist chooses to speak out. For Australian painter Keith Looby, it cost him almost everything. Winner of prestigious art prizes and collected by major galleries at home and abroad, Keith’s addiction to speaking his mind has left a string of failed business relationships, marriages and friendships.  Bludgeoned into coherence by the film-makers, assessed by dealers, curators, critics and fellow artists, Looby is a chance to look at a brilliant artist who had his moment in the sun, and to ask whether he should have another.”

You can read my review over at Cinema Australia. 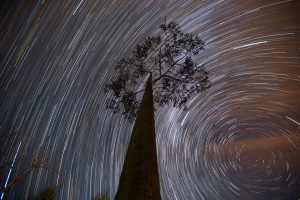 A rather fantastic look at grief, community, and art, this short feature doco looks at how even the worst natural disasters can lead to renewed purpose.
“Forged from Fire tells the story of how an Australian and international community of blacksmiths, welders, artists and volunteers responded to the devastating Black Saturday bush-fires by creating perhaps the most ambitious public artwork and memorial in Australia – a three tonne, 9.8-meter tall stainless steel and copper gum tree – The Blacksmiths’ Tree.”
Saving Warru 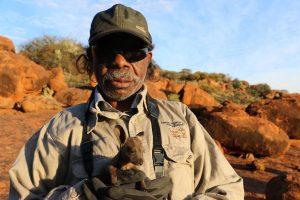 Conservation doco about the efforts to save the titular cute as a button rock wallaby in South Australia, spearheaded by the local Indigenous Rangers.
“Warru, or black-footed rock-wallaby, is one of South Australia’s most endangered mammals. In 2007, when numbers dropped below 200 in the remote central desert, the Warru Recovery Team was formed to help save the precious species from extinction. Bringing together contemporary science, practical on-ground threat management and traditional Anangu ecological knowledge, this unique decade-long program has recently celebrated the release of dozens of warru to the wild for the first time. Come on a remarkable adventure in conservation and culture as the indigenous people of the wild red deserts of Australia fight to save a national icon.”
The Curb has a pretty great write up.
Terror Nullius 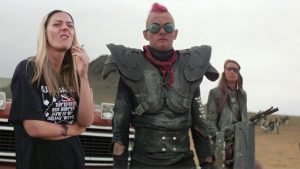 Certainly it stretches the definition of documentary, but art collective Soda Jerk’s angry AF piece of agitpop is the best piece of cinematic art to come out of Australia in years, so make time for it.
“A political revenge fable which offers an un-writing of Australian national mythology.”
Homefront 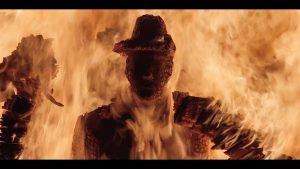 What happens when you destroy a war memorial and what do you put in its place? These questions faced Arts Officer, Colin James, and Project Manager and Artist, Amanda Gibson as they looked for ways to replace the much-loved Greensborough War Memorial statues, which had stood for 14 years in a local park.
Carved from cypress, and still rooted in the soil, moisture had crept up inside the figures and rotted them from within. Homefront begins with the burning of the old statues in a ceremonial fire. What unfolds, through interviews with local war veterans, are narratives of terrible injuries, paralysing fear, humour, and love.
Homefront is a rare insider’s view of a sculpture project where the people at the heart of these stories drove the design. Extraordinary footage documents the process of collecting the stories, designing sculptures and carving full-sized figures from blocks of raw cypress using chainsaws. The original carver, local legend Leigh Conkie, is joined by world champion Hikaru Kodama from Japan to realise Amanda Gibson’s designs. Joining them, blacksmith Roland Danenhauer, forges everything from an aeroplane propeller to a horse bridle, dog collar and poppies, with a well-hefted hammer and a keen eye. Together they create a new type of war memorial and a new way of telling stories of war and of homecoming.


For full info on the Melbourne Documentary Film Festival, shoot over to the official site.