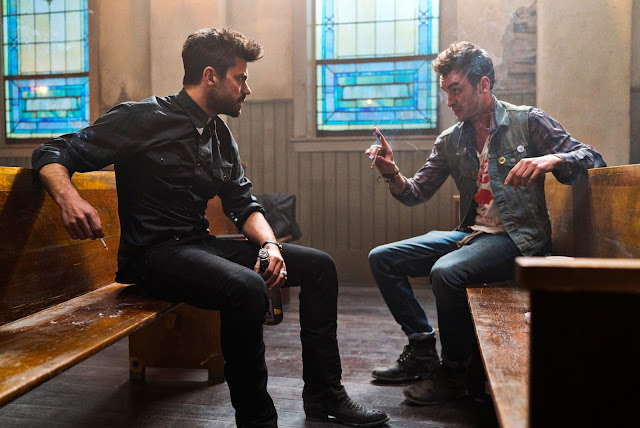 Long is the way and hard that leads up out comics and onto the screen. People have been trying to get Preacher, the cult classic Vertigo comic by writer Garth Ennis and artist Steve Dillon, in cinemas or on the box for well over 15 years. Kevin Smith was going to script for director Rachel Talalay at one point. At another, Daredevil (not the good one) and Ghost Rider director, Mark Steven Johnson, wanted to do it on HBO, allegedly turning each issue into a single episode. We dodged a bullet there, I feel. More recently, American Beauty and Skyfall director Sam Mendes was going to have a shot. It’s difficult to imagine how that would have turned out.