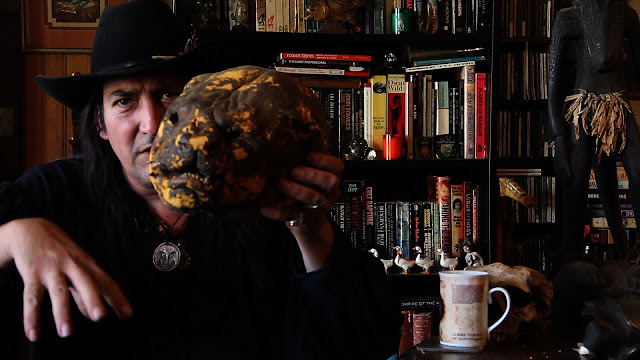 There’s a bit of a mini-boom going on in the documentary world at the moment, built around the somewhat esoteric subject of films that never actually got made. Jodorowsky’s Dune is the ur-example, but we’ve also got The Death Of Superman Lives doing the rounds- and I’ll be reviewing that soon. In the meantime, we’ve got Lost Soul, a look at South African-born director Richard Stanley’s abortive attempt to mount a screen adaptation of the H.G. Wells novel, The Island Of Doctor Moreau.

Of course, technically we did get the film, albeit in radically altered form. The version of The Island Of Doctor Moreau that hit screens in 1996 is credited to veteran director John Frankenheimer, although Stanley retains a screenwriting credit, shared with Ron Hutchinson, who was brought on to work on the script following Stanley’s dismissal three days into production.

Lost Soul is a tragedy. It’s clear that Moreau was a passion project for Stanley, and he spent years developing the project only to have it taken out of his hands by the unsympathetic New Line Pictures. Ostensibly this was because of Stanley’s failure to rein in co-star Val Kilmer’s massive ego, but it is strongly implied – if not actually stated outright – that the writing was on the wall long before Stanley called “Action!” on the film’s Northern Queensland set. As outlined here, Stanley’s vision was bold, transgressive and confrontational, and it’s a damn shame that we never got to see it.

And yet Lost Soul is also a comedy – a blackly funny look at Hollywood out of control, with money, ambition and fevered egos all colliding together to create a disaster of truly epic proportions. Director David Gregory interviews a number of key players, including co-star Fairuza Balk and producer Edward R. Pressman,but also several extras and crew members, all of whom share wild tales of working on a production that had clearly run off the rails in spectacular fashion. We’re told that so many people were fired or quit in disgust disgust that a small community of them fell in with a local hippie commune in the rain forest – a community that included Stanley himself, who claims he sneaked back on set disguised as an an extra, in order to see the spectacle for himself.

At the centre of that spectacle, of course, was the legendary Marlon Brando, playing the titular Doctor. Sadly, Brando himself is not interviewed – he died in 2004 – but the recollections of his cast-mates, Balk in particular, make him sound like some kind of Zen Trickster God, using his reputation and formidable force of personality for no other purpose than to see what he could get away with in this chaotic environment. We get a very tangible sense of how much larger than life Brando was, and the tales of his subversive exploits on set are some of the highlights of the film.

At one point in the film we get an anecdote about a point of contention between H.G. Wells and fellow author Joseph Conrad, ostensibly over similarities between Moreau and Conrad’s Heart Of Darkness. How fitting, then, that both books spawned such troubled film productions. Though the Stanley/Frankenheimer Moreau is no Apocalypse Now and, in all honesty, Lost Soul is no Hearts Of Darkness, it’s still a similarly salutary cautionary tale about the perils of big budget filmmaking.