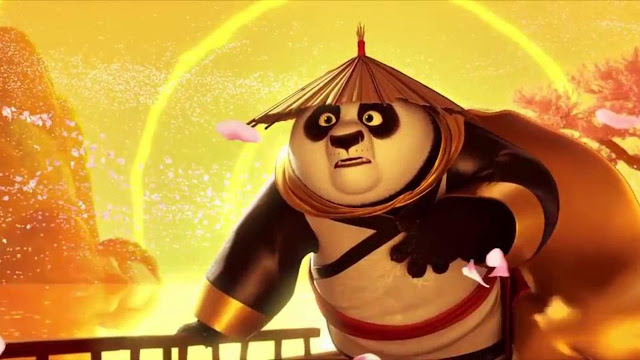 When they’re really working, the Kung Fu Panda movies are pretty great, marrying the traditions and aesthetics of Hong Kong martial arts movies with the dizzying possibilities of modern CGI animation. When they don’t – and this latest offering is the first one that dips from “great” to “okay” in terms of quality – they feel like a below-par episode of a favourite TV series: all the familiar elements are there, but are not used to their usual excellent effect.

Coming in at a brisk 95 minutes, Kung Fu Panda 3 packs a lot of incident into its lean running time, to oddly muted dramatic effect. There’s a new villain stalking the film’s Ancient-China-With-Funny-Animals setting: Kai (JK Simmons), a hulking, ghostly yak who has the power to steal the chi power (call it the Force) from other kung fu masters. Cranky but benevolent Master Shifu (Dustin Hoffman) wants to retire, which means Po (Jack Black) the eponymous panda, needs to step up and learn to be a teacher as well as a student. Meanwhile, Po’s birth father, Li Shan (Bryan Cranston) shows up, much to the consternation of his adoptive dad, Mr Ping (the great James Hong), telling of a secret panda village high in the mountains where Po has dozens of relatives waiting to welcome him with open arms. It also transpires that pandas here are instinctive masters of chi power, making them an obvious target for bad guy Kai, and all our ducks are in a row.

Kung Fu Panda 3 is consistently entertaining moment by moment, but doesn’t build to much. There’s plenty to enjoy here: the animation and production design are gorgeous, the introduction of an explicitly supernatural threat in the form of Kai is welcome (and we can thank EP Guillermo Del Toro for that), the action is inventive and often quite awe-inspiring, lifting from high-fantasy wuxia cinema rather than more grounded chop-socky fare. Still, it doesn’t add up to much; the threat never seems like a credible one, and the status quo (or at least the new status quo, with a buttload of pandas running around being goofy and cute) is restored very easily.

Indeed, I suspect this was intended to be a longer film and we lost a lot of narrative in order to get the running time down. There’s a panda character, Mei Mei, who feels like she should have a bigger part to play if only by virtue of the fact that she is voiced by Kate Hudson (who replaced Rebel Wilson when production went over schedule). Moreover, the film doesn’t really give itself room to breathe – it feels rushed as all hell, with all non-vital connective tissue excised. These films have always presented a world that’s fun to hang out in; this time around, they don’t give us time to.

Kung Fu Panda 3 isn’t a bad film, but it’s pretty slight compared to what has gone before. You’re almost certain to have a good time with it, but it lacks the thematic depth and lightness of touch that made its predecessors so good.