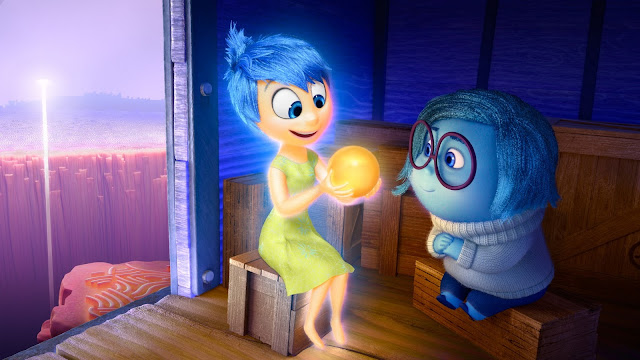 I wonder sometimes if we’re judging Pixar films from the wrong angle.

Since the release of Toy Story in 1995 – and, hell, since well before that if you want to count their short work – Pixar have enjoyed a reputation for quality that is arguable unparalleled by any other studio. Their run of critically and commercially successful films is truly enviable, albeit not flawless. In terms of critical response, the Cars franchise has fared worse than any other Pixar films, with Cars 2 in Particular taking a serious drubbing (notably, it was the first Pixar movie which didn’t get an Oscar nomination).

The thing is, kids – little boys in particular – freaking love those flicks.

So I have to wonder, if adults aren’t the target audience, should we give a hoot what adult critics say? Which brings us to another question: who is the Pixar demographic? They make cartoons, right? Well, traditionally – and we can argue the rightness or wrongness of this assumption another time – cartoons are considered to be kids’ fare. But Pixar has a huge adult fanbase as well – one that includes me, have no doubt – and their films are generally noted for having broad appeal; a sophistication and emotional savvy that belies their bright, poppy aesthetic.

Now, here comes Inside Out, a film which may in fact be too sophisticated for the junior set. It’s beautiful and funny and trenchant and warm and human – but it’s also dealing with ideas like depression, dissociation, abstraction, the putting away of childish things, and a general underlying philosophy that may well be beyond the ability of young minds to grasp. The incinerator scene may have reduced kids to tears: Inside Out may have them up nights, questioning their selfhood, identity and agency.

Don’t think for a second it’s not a great movie, though. Just, I don’t know, be advised. It’s not quite Watership Down territory, but still…

Inside Out is the story of a young girl, Riley (Kaitlyn Dias) dealing with the trauma of being transplanted from rural Minnesota to downtown San Francisco. Riley doesn’t handle it too well: the new house is a dump, her friends back home are moving on, her parents (Kyle MacLachlan and Diane Lane) are dealing with their own stresses and can’t give her the attention she needs. The normally bright, cheerful, hockey-mad girl begins to slip into depression.

The wrinkle, of course, is that all this is largely told from the point of view of the anthropomorphised emotions that live in Riley’s head. Our real protagonist is Joy (Amy Poehler), Riley’s first and best emotion, and the leader of the cognitive team that also includes Anger (Lewis Black – perfectly cast), Disgust (Mindy Kaling), Fear (Bill Hader), and Sadness (Phyllis Smith). These five steer Riley through her day to day life, ensuring she generates good core memories- the building blocks of her personality.* Everyone contributes in their own way, but Sadness doesn’t get much of a look-in – natural, for such an upbeat kid. That changes with the Frisco move. Sadness’s influence begins to grow, infecting previously happy core memories with unhappiness. When Joy – who’s remit, as her name suggests, is to maximise Riley’s happiness – tries to lockdown Sadness, they’re both accidentally fired out into the vast landscape of Riley’s mind that exists outside of Headquarters, and must try to make their way home. Mean while, Anger, Disgust and Fear are left to run the show which, as any good Jedi or Shaolin monk knows, is not a good thing.

The bulk of the film is a classic Pixar journey/race against time through an elaborate landscape in the form of Riley’s mind, and director Pete Docter and his team have built an incredible inner world for Riley. A lot of thought has gone into depicting how the emotions interact with the architecture. At one point, as Joy determinedly drags Sadness through the maze-like Long Term Memory area, Sadness idly trails a hand along the wall, turning countless old memories the delicate blue of sadness (the five emotions are colour-coded for your convenience). At another, boxes of Facts and Opinions on the Train of Thought are accidentally mixed up; a character notes that it happens all the time.

Inside Out is dense with ideas, and it’s amazing how well they all mesh together to form a cohesive whole – throwaway gags hint at deeply layered and carefully thought out metaphysics,and the inner and outer worlds of the film interact and affect each other in interesting and satisfying ways that raise the stakes significantly. With Anger in the driving seat, Riley resolves to run away from home, which puts a clock on Joy and Sadness’s journey.

And, as I said, it’s a wonderfully humane work, one that’s incredibly sensitive to the importance of each emotion (it’s interesting that only one of the five is what we would consider a traditionally positive feeling). Sadness could have been framed as a villain – after all, she’s responsible for upsetting Riley’s emotional apple cart – but she’snot acting out of malice. She’s just, well, sad because that’s who and what she is. By definition, none of the five can change or learn in a way that alters their core persona, and they are also both caused by and cause the feeling/state they represent – a kind of emotional causative feedback loop. The goal here – saving Riley from making an awful mistake aside – isn’t to banish or change Sadness,but to understand why Sadness is important. That’s great stuff.

Inside Out is smart, insightful filmmaking that takes what could have been trite – remember Herman’s Head? – and turns it into something truly remarkable. Still, it’s going to be interesting to see how the kids handle it and whether it has the same cultural half-life with them as Pixar’s other major efforts have. It deserves to.

*Inside Out‘s metaphysical world is incredibly detailed, easy to intuit and hard to describe without rambling on for pages.