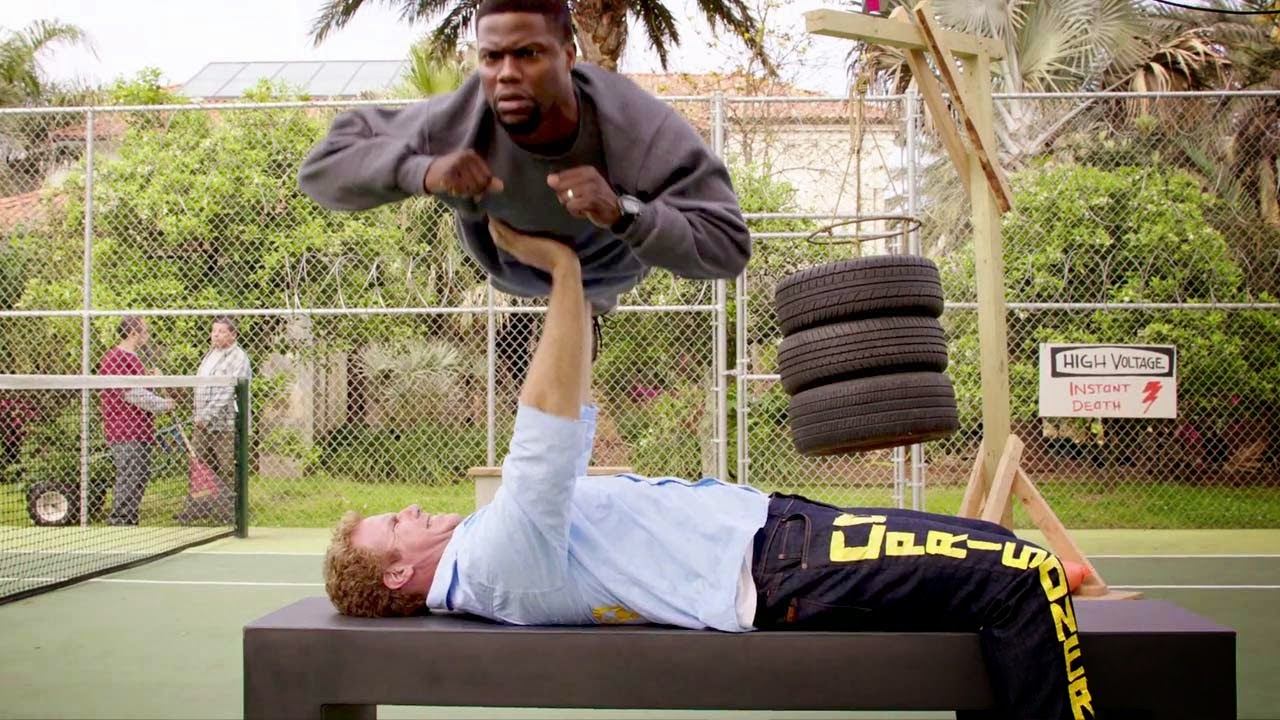 Directed by Etan Cohen
Starring Will Ferrell, Kevin Hart, Alison Brie, Craig T. Nelson
When investment broker James King (Will Ferrell) gets done for fraud and embezzlement, he finds himself looking at 10 years in San Quentin instead of the slap on the wrist he expected. Terrified of the prospect of a decade’s worth of prison rape, he hires the only black person he knows, car wash owner Darnell (Kevin Hart), to coach him in jailhouse survival techniques, working under the horribly offensive assumption that, as a black man, Darnell must have done time. For his part, Darnell is just a small business owner with a squeaky clean record, but he is in desperate need of $30,000 for a down payment on a new home in a decent school district, and so he pretends to be the thug James assumes he is.
Get Hard’s primary arc follows Ferrell’s character as he breaks through his cocoon of privilege to something approximating enlightenment. James King is another one of Ferrell’s oblivious but well-meaning idiots, a man who is actually innocent of the crime for which he is convicted, but is still an officious, prejudiced oaf. That he remains more or less likeable is a testament to Ferrell’s winning screen presence. He and Hart play well off each other; they’re both funny guys who know how to milk the material presented for every available laugh – even when the material is problematic.
And therein lies the problem: it takes a much more deft script than the one here (credited to first time director Etan Cohen, Jay Martel and Ian Roberts, with Adam McKay getting a story credit) to deal with issues of race and sexuality without fumbling the ball. Let’s face it, Get Hard’s entire plot is predicated on a straight white guy’s overwhelming fear of rape by black men, and that’s a fraught concept. There are definitely times when the film crosses the line from depicting prejudiced behaviour to seemingly endorsing it.
For all that it is, moment by moment, a pretty funny film – but it’s the sort of funny you feel a bit guilty about laughing at when you give it more than a moment’s thought.
TRAVIS JOHNSON