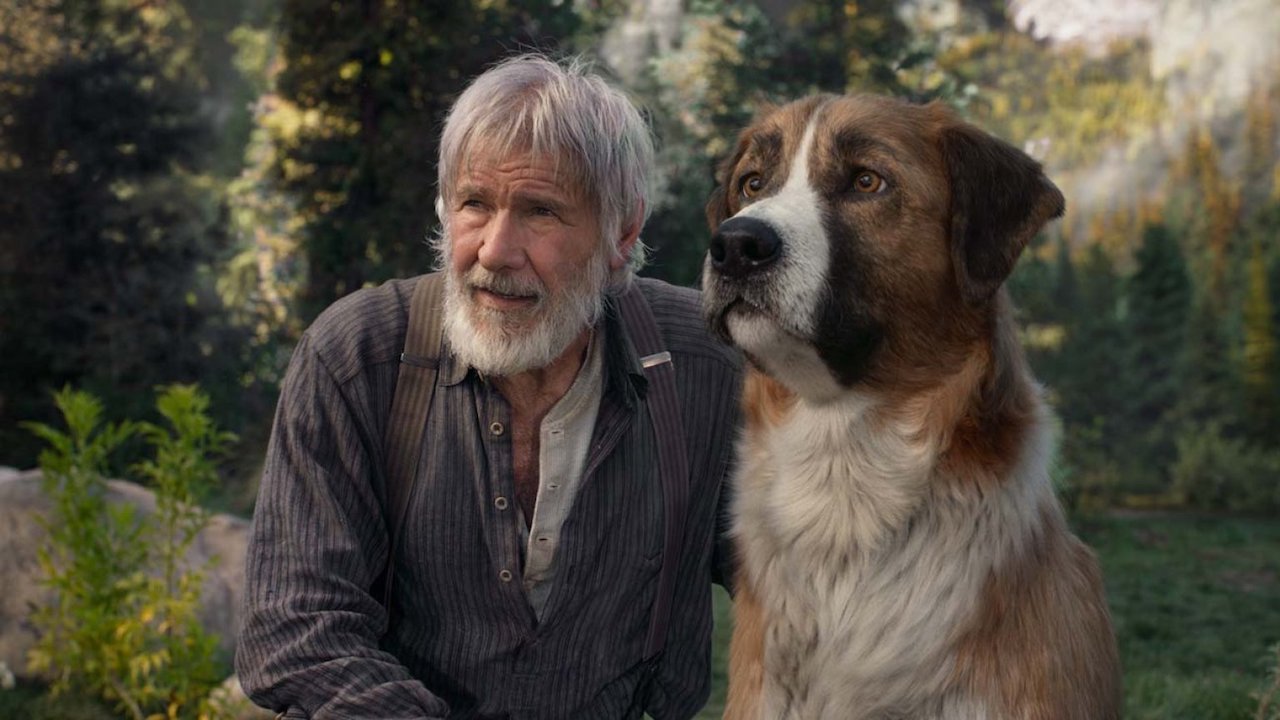 Hey, this is Patreon exclusive content just for you! I watch a ton of movies and series every week, and not all of it is destined for a full review, but I can point you towards some cool stuff from time to time, and give you a bit of a bonus for supporting my writing.

Animation director Chris Sanders (Lilo & Stitch, How to Train Your Dragon) doesn’t quite make the leap to live action so much as put live actors into an animated milieu in this adaptation of Jack London’s masterful 1903 animal adventure novel. Very little of what we see is “real”: the snowy Yukon where much of the action takes place is all ones and zeroes and the odd bit of essential physical material; heroic dog Buck, kidnapped from a cruisy life in California and hied off to the mining camps of the frozen north to pull sleds for a living, is realised by actor and stuntman Terry Notary in a mocap suit. Harrison Ford, playing grizzled old bush basher John Thornton, is real – in fact this is the most engaged he’s been on screen in ages.

And it’s easy to see why; the classical nature of London’s tale, the elemental push and pull of civilisation vs wilderness, man vs animal, and what have you suits the elder Ford down to the ground. Still, f it often feels like a live action cartoon; cartoon “physics” apply more often than not, and Dan Stevens’ villain is a pantomime baddie who would slot right into any pen-and-ink epic the Mouse House has produced in the last near-century.

It is a tad darker in places than you might expect, though; although the rougher, bloodier excesses of the source novel have been smoothed away, there’s a still a fair whack of animal – and human – death in the mix, so littler kids might not handle it too well, but the older set – eight to twelve, shall we say? – should dig it.

I certainly did, but then I’m susceptible to these backwoods tales of primal struggle and survival. This is the kid-friendly version, but any young’un who digs this will be primed for Jeremiah Johnson a few years down the track.