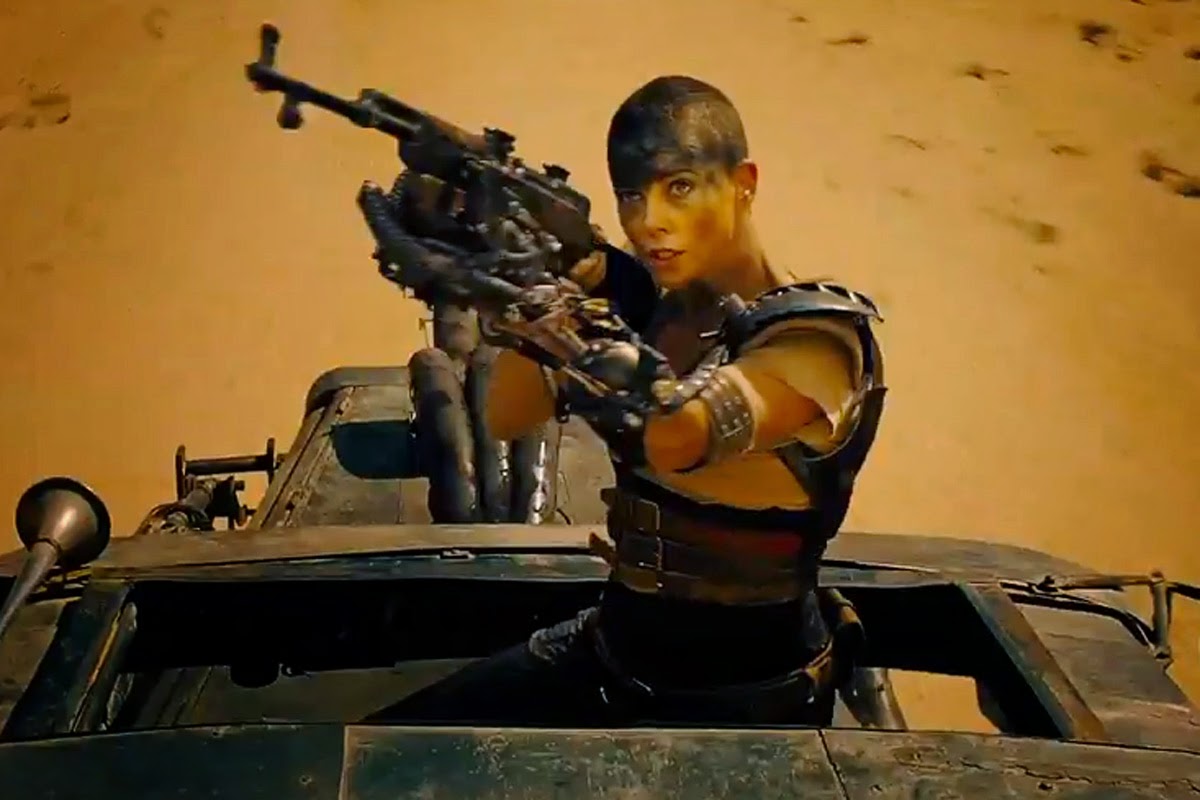 My approach to news and trailers is pretty simple: I just put up whatever interests me. I’m one guy doing the daily grind, so there’s little chance of being comprehensive. If a bit of promo or production news makes it here, it’s because the film it’s related to is already in my Cool Shit file.

Which is why we’re looking at another Mad Max: Fury Road Trailer.

Hey, look, it’s Hugh Keays-Byrne as Immortan Joe! Keays-Byrne, of course, played The Toecutter, lead villain in the original ’79 Mad Max, and it’s cool to see him here, essaying a role that seems to be, from the glimpses we get, even more operatic and bombastic. We also get a better sense of the plot, which sees Max (Tom Hardy) get caught up in Imperator Furiosa’s (Charlize Theron) attempt to run off with Joe’s harem of wives.

We also get a better look at the film’s design aesthetic , which marries the old trilogy’s apocalyptic scavenger culture look with the scale and precision of modern blockbuster filmmaking. It doesn’t feel of a part with the old films, but seems to be taking its cues from how the Max movies have informed other elements of the culture, which is fair enough  – it’s like an influence feedback loop.

I’ll tell you, though, I don’t know about Hardy’s voiceover, which knocks a hole in Max’s shield of laconic stoicism. I hope that’s just a thing for the trailer, not the actual film.