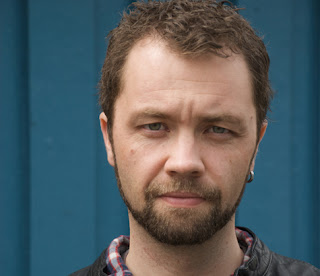 Hitting the Jackpot
While the name of novelist Jo Nesbo may not ring any bells right now, that will, in all likelihood, change in the near future, with a number of high profile adaptations of the Norwegian crime writer’s work in various stages of preproduction. But according to director Magnus Martens, helmer of the comedy thriller Jackpot, having Nesbo’s name attached didn’t do the production team too many favours.
“Jo is really popular in Norway and in England,” Martens explains. “And he’s picking up in every country. For us, it didn’t really help that much having Jo’s name on the film, even though everybody knows who he is, because it’s not based on anything that he had written before. The name itself didn’t really help us.”
What did help was Nesbo’s gift for creating striking characters and twisted, almost surreal scenarios, which appealed to the director immediately.
“What I found attractive was the very simple premise of the whole film,” Martens says. “With a premise like that, it could go so many ways: it could be really, really hilarious, or it could be really, really harsh and violent. I got involved with this because they have been trying to get the  rights to Jo Nesbo’s books forever. He gave my producer the rights to this story. Jo wrote it – he wanted this to be a film, not a book or anything. I got involved in it because, at the same time, I had written a crime comedy that I gave to this producer. So now we had a choice between doing a story by me or Jo, so we picked Jo.”
Still, the biggest challenge of the filmmaking process was hitting the precise point between laughter and tension.
“I can tell you, it was really fucking hard!” Martens laughs. “Because it’s all about trying to find that almost impossible balance between violence and comedy and a thriller kind of thing, where you don’t know what’s going to happen around the next corner. So, basically, it was a case of working really hard on the script, the plot itself, with the twists and turns and everything. At the same time, I wanted it to be funny, and I knew that the comedy had to come out of the characters. Everything was based on their wrong decisions and how they dealt with the problems and issues that evolved.”
Martens found the solution by situating the comedy not in the story as written, but in the performances of his actors.  “The script itself was kind of boring in a way, on purpose. I didn’t put a lot of comedy in the script itself, but I did a lot of improv sessions with the main cast before I did the last draft of the script, in order to find the characters, to find the way they were talking, to find the way they were reacting to each other and as a group. I filmed all the sessions and analysed them afterwards, and whatever I liked and found funny and good, I put it in the script, in the last revision. In order to find that delicate balance I needed to treat the story as a thriller, in a way, and let the comedy come out of the characters.”
(First published in X-Press issue  1329, 01/08/2012)