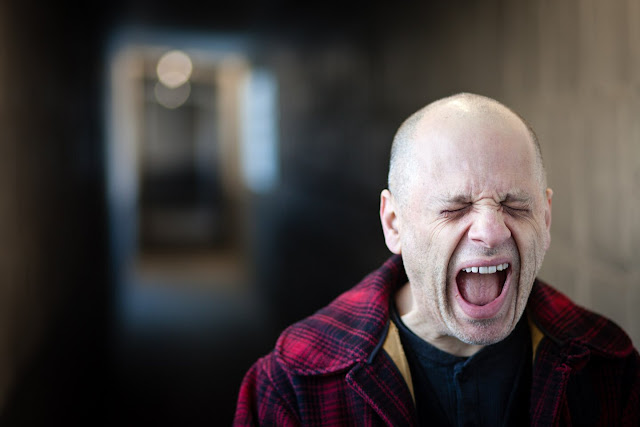 In Paolo Sorrentino’s film Youth, an ageing Hollywood player (Harvey Keitel) and his equally elderly friend, a classical composer (Michael Caine) meditate on mortality and art while staying at an eccentric alpine hotel. Composer David Lang was drafted in the compose the music created by Caine’s character in the film, and was rewarded with an Academy Award nomination for Best Song* for the key piece, Simple Song #3. I was lucky enough to get a few minutes to speak with the gregarious songsmith.
How did you come to be involved in this particular project?
Okay, it’s an amazing story. Paolo, the film that he did before was this film, The Great Beauty. That came to Australia, right? It was a big hit here, right? The incredible thing about that film was – completely unknown to me, completely out of the blue – he used my music in that film. So he heard some of my music and he managed to put it in some very important places in the film and I was super happy when I found out – I thought the film was very great.
And then, to my surprise, he called me and said “You know the next film I am making is about a composer, and I wonder if I could talk to you about writing the music for the composer?” So it really came completely out of his search for music that he found me in the first place and out of his imagination that I was able to do this project.
What kind of shape was the script in when you came on board?
The story was completely incomplete, by which I mean there was something that went from start to finish that was not at all what it ended up being, and partly that was by design. Paolo’s beautiful idea, and kind of a revolutionary idea, was that there would be talked about throughout the movie and you would hear little scraps of it, and eventually you would hear the whole thing, and that through the revealing of this song we would be able to tell things in a narrative fashion about this character.
So because so much of this music is performed on screen – the candy wrappers, the violin being rehearsed by the little boy, going out into the forest and playing the cows, and conducting the orchestra – because so much of this music had to be written before, the script had to be left incomplete when it came to me. The script was then finalized around the things the music added to the movie, which was a very beautiful way to do it. It really required the music to be a partner in the way the story is told.
Were you given free rein to compose what you wanted? Did Sorrentino have any demands or requests in terms of what he wanted?
His only request was that the song at the end had to make him have a deep emotional response. I kept asking him, “So, you’re an Italian film director and I’m making an opera. What language should it be in? Opera’s in Italian sometimes.” He said, “I don’t care.” I said, “What kind of music, what instruments?” “I don’t care.”
What he cared about was that it be completely convincing emotionally. So I would send him demos of the song, and he would send me back, saying “Oh, it’s not emotional enough.” Once he sent me back an email that said “I am crying a little but I need to cry a lot.” All he really expected from it or needed from it was that it be capable of revealing the emotional power of that moment.
In the context of the narrative this is music that is composed by one of the characters in the film – Fred, which is Michael Caine’s character. How did that affect the way you worked? Were conscious of choices that this fictional persona might have made?
I tried to compose it so that all the things that were his music would point to one unified musical character, not necessarily me. One of the great things about making this project before the script was done was that the way I got a lot of information was through having coffee with Paolo and conversations with Paolo and phone calls and meetings, so we would have these philosophical conversations about what music could do.
And so one of the things we decided was he is going to be surrounded by all these different kinds of music – there’s lots of music in this movie, pop music and folk music and alpine horns and lots of different things. But when there’s classical music, it’s music that is specific to him, and it’s music which is pointing at his character. So there’s little bits of classical music scattered throughout, there’s Stravinsky and Debussey, and it’s music which is pointing to his character, and the music that I wrote would be specifically about how he communicates his emotions to himself. So we sort of used music as a way to of dividing up the universe, and that’s a way of making sure the music is helping to tell the music that it’s trying to tell. It’s a very beautiful and subtle way of trying to use the musical level to work on the storytelling level.
TRAVIS JOHNSON