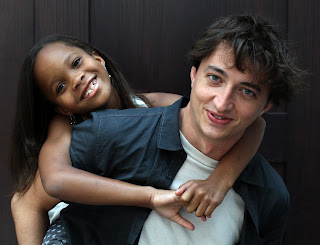 The Beastmaster
His first feature film, the gorgeous and deeply moving Beasts of the Southern Wild, is one of the breakout critical darlings of the year, having drawn awards at both Cannes and the Sundance Film Festival. But for the New York born Benh Zeitlin, the film began life as a kind of love letter to his adopted home state, Louisiana.
“It’s very much inspired by living there,” he confirms. “When I was making the film – or writing the film, rather – I’d been in a car accident and had to leave Louisiana for a while, and a lot of the inspiration came from being homesick and just wanting to write a story to celebrate what it was that draws people to Louisiana.
“It actually started as a story about this town, The Bathtub.” he continues, referring to the film’s key location, a ramshackle shanty town located on the edge of a vast levee. “Just kind of the idea of this place holding out at the edge of the world as their land was disappearing. As I was working on that and researching that, I was also working on my friend Lucy’s (co-writer Lucy Alibar) play, Juicy and Delicious, and the two stories kind of came together in a way. They had this kind of resonance with one another.”
Zeitlin’s Louisiana isn’t just a place, though; it’s also, if you’ll pardon the cliché, a state of mind – one that encompasses a fierce sense of independence and a wild streak of individualism.
“It’s an extremely fearless place,” he tells us.. “It really values community, and it values culture and celebration over a lot of  the things the rest of the country is obsessed with. Louisiana, to me, has it right about what’s important in life. I think that the culture of The Bathtub is one where freedom is of ultimate importance. And not just freedom, but the preservation of a unique culture and a unique way of life. Their independence is very much a part of their culture, and I think that they’re aware that their way of  life can only exist in the place where they are, and when that place comes under threat, staying on that land and maintaining that culture is as important as saving your life.”
In order to capture that elusive feeling, Zeitlin chose to use mainly non-professional actors in his cast, including the vibrant Quvenzhané Wallis as Hushpuppy, the film’s young hero, and Dwight Henry, a baker by trade, as her mercurial father, Wink. That choice brought its own distinct challenges.
“It’s a lot more preparation time,” he explains. “When you work with non-professionals, you need to do a lot more groundwork in terms of getting the characters into a place where the people on the film are able to get where they need to in order to play the role. We spent a lot of time doing interviews. I would go to the bakery and be with Mr Henry on baker’s hours; from when he started  baking donuts until when he started selling them in the morning. We’d just talk about our lives, and a lot of those interviews came into play, both when directing the scenes and when writing the role.”
(First published in X-Press
Issue 1335 12/09/2012)