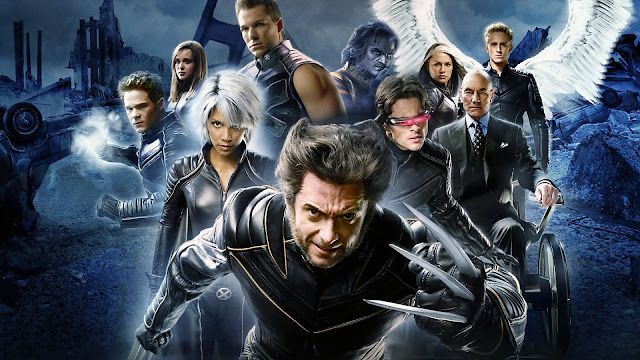 X-Men: The Last Stand has a pretty bad reputation that is only partially deserved. It’s perceived as a bomb, when in fact it out-grossed both the previous installments and X-Men: First Class, the radical reboot that followed. It was, however, poorly received by critics and the core fanbase. The thing is, it’s not a terrible film; it’s an average one that squanders the potential and goodwill built up by its predecessors.

The popular wisdom is that this is because the incumbent director, Bryan Singer, jumped ship to call the shots on Superman Returns over at Warner, leaving Brett Ratner (the Rush Hour series, Red Dragon) to pick up the reins here. Much of the blame for X3‘s perceived failure has been laid at Ratner’s feet, rather unfairly – he’s a capable journeyman director who stepped in at the last minute. With a decade’s distance, it’s easier to see that the departing Singer is pretty much just a journeyman too – but he was the journeyman who helped shape the franchise and has some facility for its characters and conceits. It feels like Ratner just shot what was on the page when he showed up – which, to be fair, is pretty much what he was hired to do.

So let’s look at the page – or, rather, the script, credited to Simon Kinberg and Zak Penn. A departing director and lead actor aside (James “Cyclops” Marsden jumped ship to Superman Returns along with Singer), The Last Stand‘s biggest problem is that it tries to jam too much into one hundred-odd minute package, combining two separate story’s from the comics – one, from Joss Whedon’s run, concerning a mutant cure invented by Dr  Kavita Rao (Shohreh Aghdashloo, currently appearing in The Expanse); the other the famed Dark Phoenix Saga – and introducing a staggering number of, if you’ll pardon the pun, new mutants. This film sees the onscreen debuts, Easter egg cameos aside, of Beast (Kelsey Grammer), Angel (Ben Foster), Juggernaut (Vinnie Jones), Kitty Pryde (Ellen Page, technically the third actor to play the role), Multiple Man (Eric Dane), Callisto (Dania Ramirez) and more.

We also get professional creepy kid Cameron Bright as Leech, a young mutant with the power to cancel out the abilities of other mutants – he’s the human element in the centre of this episode’s Big Machine That Kills* Everyone, much as Rogue was in X-Men and Jason Striker in X-Men 2. And speaking of Rogue (Anna Paquin), she is understandably pretty keen on this whole mutant cure dealio, seeing as how her power prevents her from touching anyone without potentially killing them, a state of affairs that is pushing her boyfriend, bobby “Iceman” Drake  (Shawn Ashmore) towards Kitty.

The cure storyline is actually handled pretty well, and is used to generate some interesting divisions among the regular cast, all built around the obvious “Would you/could you/should you?” question. It’s also the narrative engine that brings in a couple of welcome additions to the cast: winged hero Warren “Angel” Worthington is introduced desperately trying to cut off his budding wings as a child in a flashback sequence, before we meet him again as a grown man with an impressive, luxuriant wingspan. It’s Warren’s billionaire father who has bankrolled the development of the cure in order to make his son “normal”; of course, Angel bugs out for the Xavier school rather than lose his wings, and rightly so.

The cure also brings Hank “Beast” McCoy into the fold (back in, if you account for the jumbled chronology we’re about to hit). Played by a perfectly cast Kelsey Grammer, McCoy is a blue-furred, acrobatic scientific genius currently working in the US Government’s Department Of Mutant Affairs – an indication that the last film’s meeting with the President has had some effects outside the frame of this film. He’s a great addition to the cast, although his future (past? Damn comics…) use in the series means we have to ignore certain continuity issues, like him referring to Wolverine as “my boy” when he was younger than Wolvie when they met (meet? Fucksake…) a couple movies down the track.

Our other blue mutant, Mystique (Rebecca Romijn) once again fulfills her remit of being the superposition of the X-Men’s moral universe, simply by getting forcibly cured – of course the cure is weaponised. This leads McKellan’s Magneto to immediately cast her out – “I’m sorry, my dear, but you’re not one of us anymore” – in a genuinely affecting scene. It works to underline Magneto’s ruthless agenda and give pathos and depth to Mystique, a process that continues in the next two films. Seriously, Mystique is the best single character in the entire franchise.

Still, that could be because the films insist on both overusing their key asset, Hugh Jackman’s Wolverine, and under-using pretty much everyone else. X-Men 3 is the most guilty of this, particularly in the Dark Phoenix storyline, which changes what should have been a Cyclops and Jean story into a Logan and Jean story because fuck Cyclops, amirite?

In all seriousness, the film needed to work around James Marsden’s absence and that’s understandable, but they did so in a pretty clumsy way by having the resurrected Jean just flat out kill him for no reason whatsoever. That’s pretty much it for Cyclops in the onscreen X-Men universe until we see X-Men: Apocalypse, where he’s been recast considerably younger. Both Cyclops and Marsden have been pretty comprehensively shafted by the franchise.

Anyway, Dark Phoenix. Jean Grey (Famke Janssen), apparently killed at the climax of the previous film, was such a powerful telepath and telekinetic that Professor Xavier (Patrick Stewart) messed with her mind back in the day, creating two distinct personalities: good Dr Jean Grey, who has limited powers, and the submerged Phoenix persona, which has all of her abilities but no sense of right or wrong – just a big ball of id capable of tearing people apart at the molecular level. So, coming back form the dead (which is explained, but the explanation doesn’t matter) she offs Cyclops, offs Xavier, and basically spends the rest of the movie as Magneto’s barely-leashed henchwoman until the climax, when she finally loses her shit completely, and it comes down to Wolverine to take her out by once again stabbing a woman.

I know I’m sounding a bit glib here, but the film really squanders one of the most well known and critically lauded comic book storylines largely because it simply doesn’t know how to give Phoenix any agency. Phoenix/Jean simply does whatever the plot requires her to right up until the point where it requires her to die, generating action beats and unearned drama whenever the plot hits a snag, and glowering in the background when she’s not needed. If you want to imagine a better X-Men 3, imagine a movie that deals only with the mutant cure plot, and saves Phoenix for a movie or two down the line.

Looked at point by discrete point, there’s plenty to enjoy in The Last Stand. Angel and Beast are great (although they don’t really do much with Angel), and we finally get a Danger Room sequence, complete with a Sentinel (well, its head) and a Fastball Special.** There are some great action moments, such as when Juggernaut throws Wolverine through a ceiling and he crashes back down through the ceiling of another room, or the long-awaited Iceman versus Pyro*** fight, which sees Iceman assume his fully iced-over form. Relationships remain paramount, and there’s an exchange between Wolverine and Rogue which is quite touching.

Still, there’s plenty to dislike as well; the more nuanced Magneto of X2 is eroded away by a tendency to have him just act like a supervillian whenever its necessary, although his brief explanation to a potential lackey as to why he doesn’t have a mutants’ rights tattoo is an all-timer. Most of the introduced characters get really short shrift, and Magneto’s mutant army is pretty much a bunch of club kids and guys in hoodies – they either ran out of time or money or both, but as a superpowered revolutionary faction they’re pretty underwhelming. And the climactic battle is just an incoherent mess for the most part. As a whole, The Last Stand is just too busy, packed to the gills with characters and incident but with no room to breathe, no grace to its movements.

The film also leaves the franchise in a pretty untenable place: many of the key characters are dead, Magneto has lost his powers (A+ for ironic punishment, C – for narrative potential) and, in a frankly unfathomable post-credits stinger, Professor X’s spirit apparently possesses the body of a coma patient. W, and indeed, TF. Box office success aside, this apparently necessitated a complete rethink of the franchise, with a long term goal of actually completely removing The Last Stand (and, as a side benefit X-Men Origins: Wolverine)  from continuity. Which brings us to X-Men: First Class…

*Technically, it’s “cures”.
**Colossus just chucks Wolvie at the bad guys. It’s a thing.
*** I flat out forgot he cropped up again. sadly, he’s just an evil minion here, at one point offering to murder the Prof. It’s a waste of an interesting character.