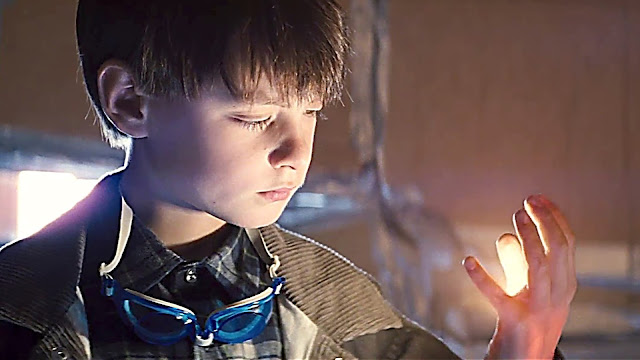 As a filmmaker, Jeff Nichols has so far not put a foot wrong. His low budget debut, Shotgun Stories, was little seen outside of the festival circuit, but won raves from the punters who did manage to catch it. He followed that up with Take Shelter, a sublime meditation on the nature of faith, and the excellent coming of age story, Mud (a key element of the McConnaissance, too).

He’s got chops, is what we’re saying, and they look to be on full display in his latest offering, Midnight Special. Frequent collaborator Michael Shannon stars as Roy, a guy who discovers that his young son, Alton (Jaeden Lieberher) has otherworldly powers. On the run from both government forces and a religious cult, the two flee across the country. The film has been described as Spielbergian, but there’s a pretty heavy Starman vibe going on (the Carpenter film, not the Bowie song), which bodes well.

Thanks to the good people of Luna Palace Cinemas, we have five double passes to give away to the Perth press screening of Midnight Special, which is happening at Luna Leederville at 10.30am on Saturday, April 9. To enter, simply email celluloidandwhiskey@iinet.net.au with MIDNIGHT SPECIAL in the subject line. Winners will be announced on Thursday, April 7.