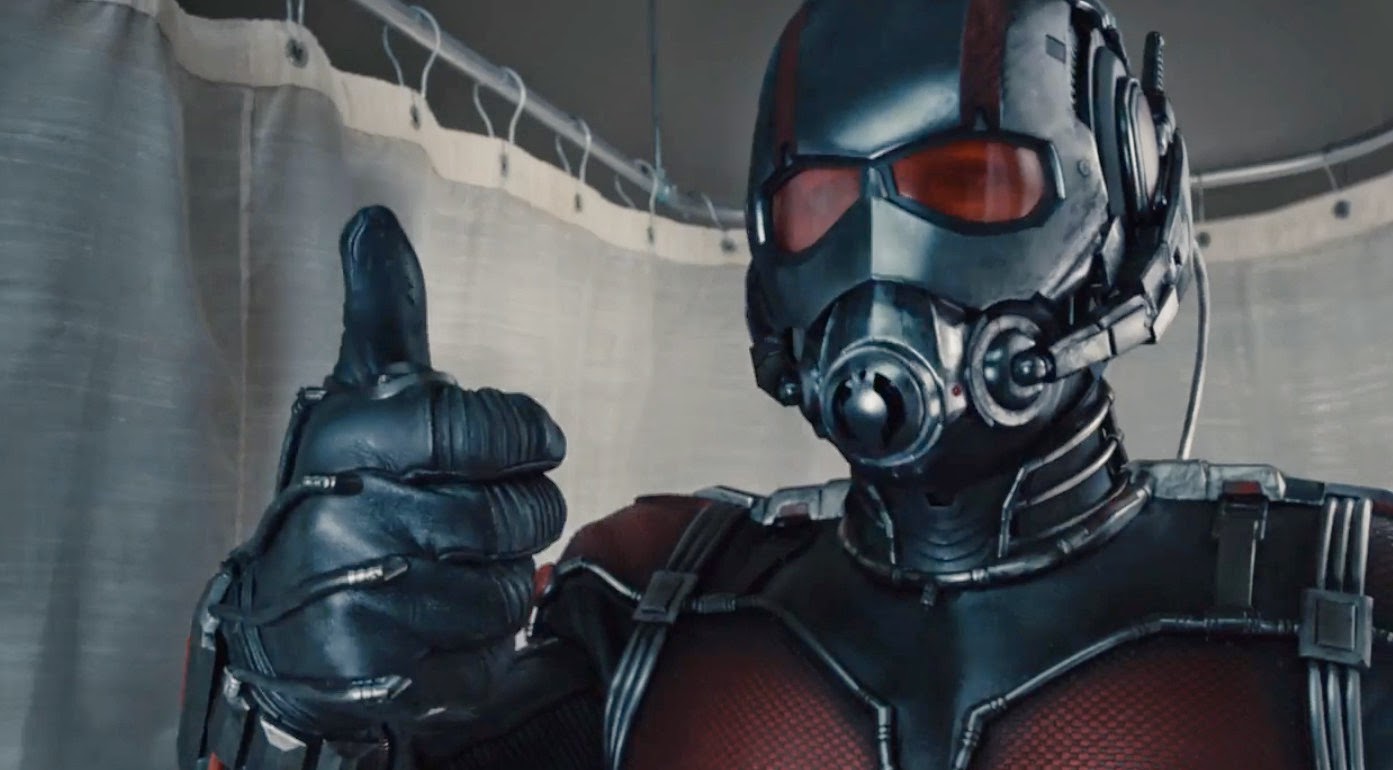 At SwanCon the other week I was on a panel about which superheroes deserved movies ahead of Ant-Man. My thesis was “none”* and now here comes the first full-length trailer of the upcoming Marvel clash of the insect men to prove me right.

Marvel have built up such a stockpile of goodwill with their cinema and television work (and I’ll be writing something about Daredevil soon, don’t you worry) that it almost doesn’t matter what properties they announce – the brand is the selling point now, and if Guardians Of The Galaxy didn’t prove that beyond the shadow of a doubt, then this certainly will. Seriously, the only better creative streak that comes to mind is the early Pixar run of excellence, and there’s no shame in coming second to those guys.

* I do think we’re well overdue for a Longshot movie, but I may be alone there and, besides, I suspect Fox got the rights along with the X-Men stuff.