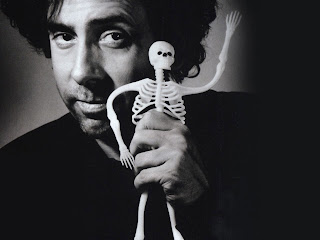 I’ve had a lot of issues with Tim Burton’s output over the last ten years. Frankly, I think most of his late period work is just terrible, and he showed every sign of being an artist in the process of disappearing up his own ass, a once-promising talent reduced to a collection of self-reflexive tics and affectations. When it was announced that he would be remaking his own early work, in the form of the upcoming Frankenweenie, I was less than thrilled. The notion that Burton would now not just be repeating his own stylistic obsessions ad infinitum, but actually copying himself, seemed like the singularity at the heart of the talent black hole that his career had become.

As it turns out, I was wrong, and Frankenweenie is the best thing Burton’s made in years. It’s a real return to form, and has more heart and pathos than his last five films put together. There’ll be a full review down the track, but in the meantime, take a look at the original short that Burton made for Disney way back in 1984. Shortly after this, Disney realised they had no idea how to use a singular talent like Burton and kicked him to the curb – how things change, hey?